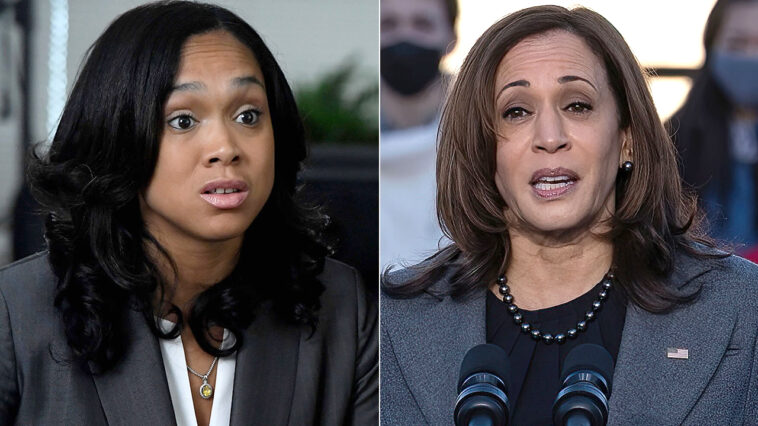 Baltimore State’s Attorney Marilyn Mosby — who was indicted on federal perjury charges Thursday – has previously praised and been supported by Vice President Kamala Harrisduring her rise as a progressive Democrat in Maryland.

“When we march and we shout about what we need to do to reform the criminal justice system, we better understand that we gotta march and shout with our paychecks – and all of the work that we can do to actually make sure that somebody like Marilyn Mosby gets reelected into that office, to not only get convictions, but have convictions,” then-U.S. Sen. Harris said during a fundraiser in Los Angeles in 2017.

“There are a lot of people who are highly critical of her,” Harris continued, “because she heard the voices of the people and said, ‘Even if I can’t win I’m going to do the right thing.’ It’s going to be rough … She cannot fail and I know she will not fail…

Back to Top
Close
X
The faces of Bronx fire victimsHeadlinesVia New York Post: Haji Dukuray was one of five people in his family to die in the Bronx fire. He was 49 years old. Family Handout 2 of 14 Haja Dukure…

X
NSCDC sets up female squad to combat insecurity in Ondo…HeadlinesDaily Post In a bid to combat activities of criminals in Ondo State, the state command of the Nigeria Security and Civil Defence Corps, NSCDC, ha…