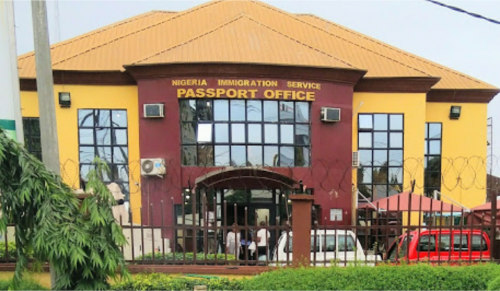 A yet-to-be identified woman has alleged that her daughter was harassed by a male immigration official at the Ikeja Passport Office over claims that she was not wearing a bra.

In a video, the woman was seen saying that she visited the passport office alongside her daughter on January 10 to renew their travel documents but were unable to do so until around 6:00pm.

She said when it was her turn to get captured, one of the officers, who she identified as O.B Ogbeifun, harassed her daughter with the claims that she was not properly dressed.

The officer, according to her, said the young lady was not wearing a bra and therefore he could not let her in.

The woman said while she made efforts to capture the officer’s photo, he twisted her arm violently…

Back to Top
Close
X
Two quick ways Nigerians can relocate to CanadaMore NewsNigeria AbroadCanada recently announced a historic Immigration Levels Plan 2021-2023 that will see the country welcome over 400,000 immigrants per yea…