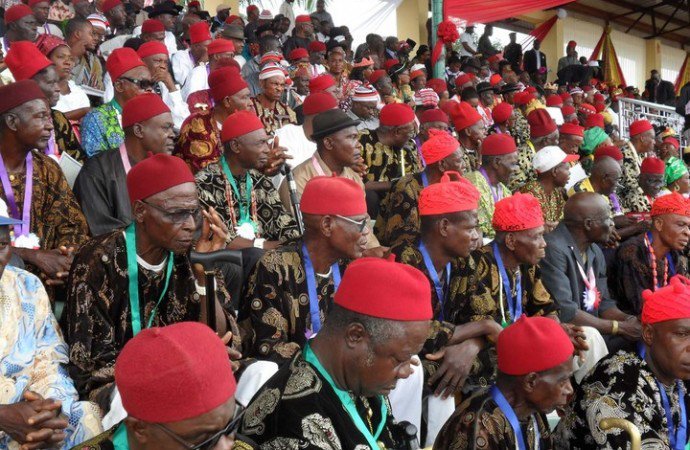 The apex Igbo socio-cultural organisation, Ohanaeze Ndigbo, has brazen up for power shift to the Southeastern region of the country ahead of 2023 elections.

This is as the group has set out five major criteria anyone seeking the position of the president from the South-East zone must possess, Naija News reports.

The Igbo group, however, made it clear that there will not be a special screening for the aspirants as their backgrounds are already known to them.

The National Publicity Secretary of Ohanaeze Ndigbo, Chief Alex Ogbonnia stated these in an exclusive interview with Saturday PUNCH.

Speaking about Ohanaeze’s preferred candidate for the 2023 presidential race, Ogbonnia said the group although has no favourite candidate among the presidential aspirants that had already declared interest, anyone who, however, is interested in leading the nation must be a person with high intellect, courage and audacity.

According to Ogbonnia, such qualities were necessary for anybody thinking about becoming the president of Nigeria.

“Such a person must also have political sagacity and national appeal. He must be patriotic and above all, must have a track record of accomplishment,” Ogbonnia added.

On whether the group would invite aspirants from the South-East for a meeting on the need for them to step down for more favourable aspirants to avoid jeopardising the chances of the zone during the primaries, he said it would be done when all interest must have been expressed, Naija News reports.

“So, let them begin to come out; it will come to a point where we can now decide whom Ndigbo will support,” Ogbonnia said.

He stressed that Ohanaeze would not screen…

Back to Top
Close
X
6 Months To Osun Gov Election: Aregbesola admits belonging to anti-Oyetola group …Political LandscapeTribune A former governor of Osun State and current minister of Interior, Mr Rauf Aregbesola on Friday came out against the mainstream All Progressive…