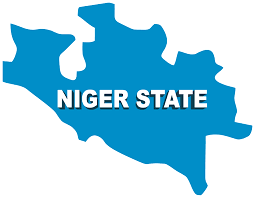 According to a resident of one of the communities, the jihadists also collect levies to grant farmers access to their farms.

“They would extort millions of naira from us with an agreement that they would not encroach on our farms again,” the source said. “But they would come back.”

FIJ learned that one person was killed in Kurebe on Thursday, while an unspecified number of persons went missing.

“We would not know if they were kidnapped, or they fled through the bush,” a village elder said.

These agrarian communities are now governed by Boko Haram jihadists, who ban farm owners from their own farms. “This always comes when the farmers want to cultivate,” a youth leader in Kurebe told FIJ.

‘DON’T BE GREEDY; COME WITH MOTORCYCLES’

The Boko Haram group in Niger State prohibits the use of trucks to transport farm produce. They call it greed.

“Don’t be greedy. Come with your motorcycles, not a four-wheel vehicle to get the portion of your crops,” some villagers quoted the criminals to have said.

A resident of Bana said the terrorists’ statement is law. “We dare not go to our farms with a lorry for cultivation,” he said.

FIJ learned that transporting farm produce with a bicycle could be stressful.

“How much petrol would my bike consume to and from the farm to fetch my goods?” A Kurebe farmer asked. “Pray they don’t get angry with you in the process; they may abduct or kill you again.”

In a statement on Thursday, Abubakar Sanni Bello, the state governor, said the situation could trigger food scarcity.

“The worrisome part of the security challenges is the inability of the farmers to harvest their farm produce, which may likely trigger food scarcity in the state,” he said.

“We are worried by the nefarious activities of these terrorists. Desperation has been noticed among them as a result of the onslaught of security agents, which has made them target unsuspecting rural inhabitants.”

This story first appeared in FIJ

Back to Top
Close
X
Why I didn’t remarry – IBBMore RifsDaily Trust Former Military President Ibrahim Badamasi Babangida (IBB) has opened up on why he has not taken another wife since the death of his wife,…