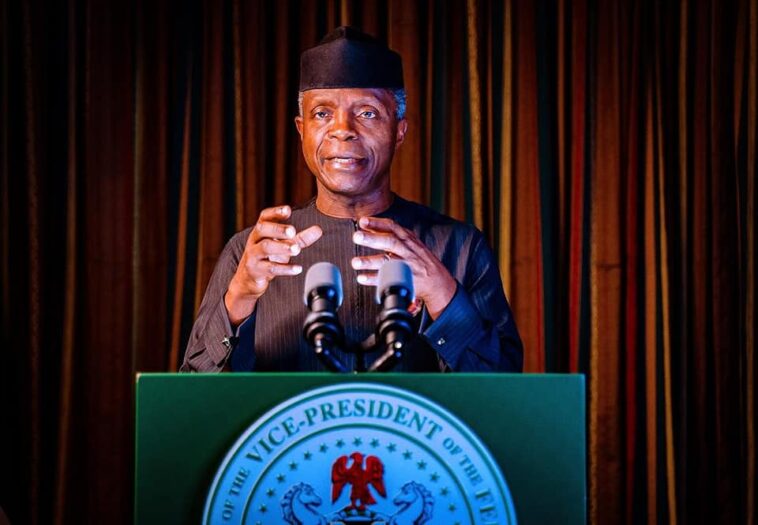 Vice President Yemi Osinbajo has inaugurated the Nigeria COVID-19 Action Recovery and Economic Stimulus, NG-Cares, which will be implemented with a 750-million-dollar World Bank facility.

The vice president performed the inauguration on Thursday as prelude to National Economic Council, NEC, meeting which he chaired at the State House Banquet Hall, Abuja.

He said that under the NG-Cares, which would be for a two-year period — 2021 to 2023, each state would get 20 million dollars, while the Federal Capital Territory, FCT, would get 15 million dollars.

He explained that “NG-Cares is a multi-sectoral programme designed to support vulnerable and poor Nigerians to provide essentially emergency relief to small holder farmers and MSMEs, especially those that adversely affected by the COVID-19 pandemic.

“The programme will build on the varied and extensive Federal Government interventions developed as part of the president’s plan for taking 100 million Nigerians out of poverty and in response to the severe socio-economic fallouts of the pandemic, especially those programmes and plans contained in the Economic Sustainability Plan (ESP).

“The essential addition to the Federal Government’s programme is that the NG-Cares programme will leverage on existing programmes in the states, especially job creation programmes, wealth creation, poverty reduction programmes at the community level such as state cash transfer units, state Fadama or agriculture development agencies, state job creation units and MSME units.

“All of the support by Government Enterprise and Empowerment Programme (GEEP).

According to him, the programme is to be driven by the states and there will be a programme for result-delivery mechanism type in which case, performance must be shown.

He said that the Federal Government also regarded the programme as an important complement to its own scaled-up number of beneficiaries of social transfer.

He noted that “subsidy and grants to support individuals, households and MSMEs in the multi-year…