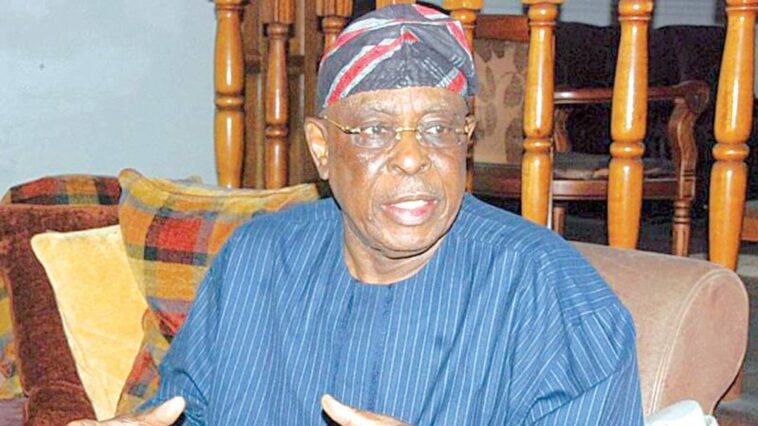 The former Governor of Ogun State, Aremo Olusegun Osoba, Thursday, said the N140m he was quoted to have spent on the even of the 2003 general election during a book launch on Wednesday was meant for party agents across the state and not to buy votes.

The former Governor who lost the election to Otunba Gbenga Daniel of the Peoples Democratic Party, PDP, Wednesday, said he spent the money despite knowing he would loose the election.

Osoba who recalled how he was allegedly rigged out of the election said politicians would always engage in wasteful spending.

Osoba, while speaking with some media men who paid him a courtesy call at his private residence located in Government Reservation Area (GRA), Ibara, Abeokuta., the state capital, clarified the statement that the money was meant for party agents and not to bribe voters.