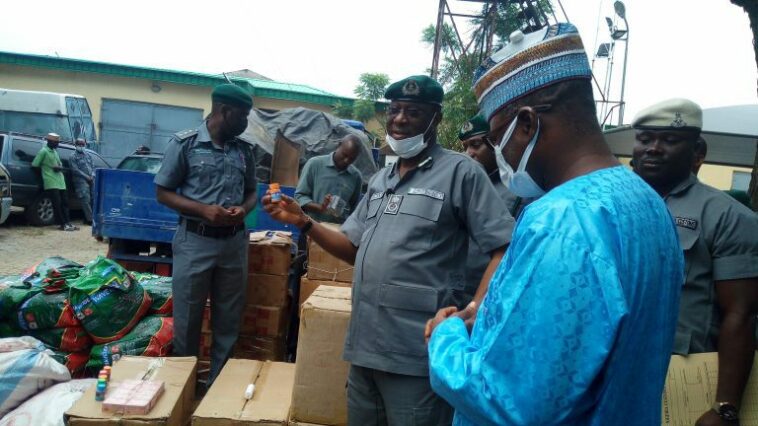 The Nigeria Customs Service (NCS) on Thursday unveiled 18 patrol boats to curb the activities of smugglers using the creeks and waterways as safe haven for their illegal trade.

He said that the 18 creeks patrol boats, consisting of nine logistic support boats and nine gunboats whose parts were armoured, should send clear signals to the criminals that “the game is up’’.

He said: “Unlike before, we now have boats with flat bottoms that can access the creeks even when the water has receded.

“The addition of these boats to the Service Marine arsenal at a time when more smugglers are running away from the heat on land to water is simply the right thing to do.

“This event no doubt marks the beginning of a renewed offensive against those who chose creeks and waterways as safe haven for their illegal trade.

“In-line with Executive Order on Local Content of 2017, NCS tapped into the ingenuity of a Nigerian Company, SEWA, to design, construct and build these edifices.

“ As you can see, these boats are not only built with our weather and circumstances in mind, they can compete with similar ones built anywhere in the world.’’

Back to Top
Close
X
I spent N140million on eve of 2003 election on Agents, not vote buying – Osoba…Latest NewsIndependentThe former Governor of Ogun State, Aremo Olusegun Osoba, Thursday, said the N140m he was quoted to have spent on the even of the 2003 gener…