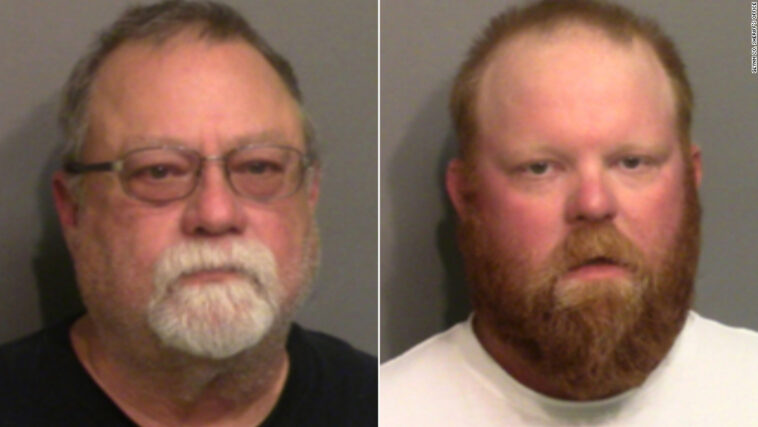 Gregory and Travis McMichael, the father and son convicted of murder in Ahmaud Arbery’s killing, are entering a plea deal on federal hate crime charges in order to serve their time in a safer, less crowded prison, a lawyer for Arbery’s mother said Monday.

Wanda Cooper-Jones intends to oppose the deal at a Monday hearing, attorney S. Lee Merritt said. Both Cooper-Jones and Arbery’s father were in court Monday morning. She was seen sobbing at the beginning of the hearing.

Merritt spoke out after documents were filed Sunday in federal court, ahead of the men’s scheduled February 7 trial, showing the defendants had reached the deal with prosecutors. Details of the agreement were not specified, but Merritt said the family “is devastated.”

The McMichaels were sentenced to life in prison without the possibility for parole in a Glynn County, Georgia, court in early January for murdering Arbery, a 25-year-old Black jogger. The men were also indicted on federal hate crimes charges.

Matters regarding the plea deal will be heard Monday afternoon, US District Judge Lisa Godbey Wood said. In the morning proceedings, the McMichaels both wore suits. A third man convicted for his role in the killing, William “Roddie” Bryan, was also in court wearing an orange prison jumpsuit.

Travis McMichael is scheduled to appear in court at 2 p.m., and his father’s hearing is slated for 2:45 p.m.

Cooper-Jones has asked the US Attorney’s Office, which is prosecuting the case, to first allow the McMichaels to serve their life sentences in state prison. Merritt said.

“It’s very disrespectful,” she said after the morning hearing.

‘Betrayed by the DOJ lawyers’

The plea agreement was sent to the US District for the Southern District of Georgia for consideration, Sunday’s court filing said. An attorney for Gregory McMichael declined to comment on the agreement.