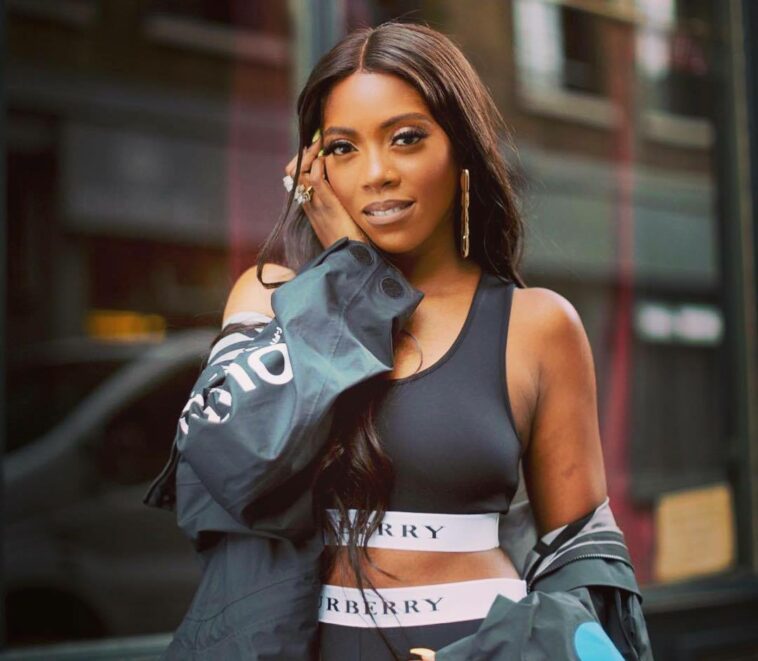 Afrobeats queen Tiwa Savage is arguably the most elusive yet controversial artiste on the Nigerian entertainment scene. And she basks in the spotlight that her slippery, yet in-your- face persona engenders.

Slippery, yet in your face persona? Certainly. That has been the strength of the singer who many know as the Number one African bad girl. That “badness” has been the Savage mystique, the elusiveness that has defined her, and also the reason she is much in demand.

Call her what you will, the truth is, this Isale-Eko born, London-trained singer has all it takes to make people talk about her, to make people gush over her what with her ravishing beauty, her uncommon talent and her daredevilry.

The more she seems to be in the public space, the more she is elusive. The more people know about her, the more they knew little about her. And she has not stopped wowing her fans, giving them things to talk about and gush over.

Still, in spite of the fact that Savage is the most trending artiste on the Nigerian entertainment scene today, many can’t put a handle on who she is currently dating or on how she feels about her love life.

Some of the artiste she has been romantically linked with include Dr. Sid, Don Jazzy, Tubaba, Humblesmith, Wizkid, Obama DMW, Patoranking, Flavour and Olamide. Yet she never confirmed any of them

Even in the heat of the infamous but intriguing leaked sex video, which controversial OAP’Daddy Freeze famously described as 10 Powerful seconds, many linked the guy in that video to a Ghana-based Nigerian called Abolo Beckham. However, Savage, true to her characteristic slippery nature, has neither debunked nor confirmed it.

The truth is, though Savage’s love life may be her best kept secret yet, the trajectory of her music career is in the public domain and the lyrics of the hits she has released one after the other reveals so much about that secret.

The lyrics of her hit songs testify to this sombre fact. Savage burst onto the entertainment scene and etched herself in the consciousness of music buffs when she released her hit song, Kelekele Love, which later became part of her debut album, Once Upon a Time, in 2013.

The single Kelekele Love speaks volumes about Savage’s romantic struggles and her yearning for true love. The song starts with: Only serious candidates should come and hola/You don’t impress me coz you drive a hummer/And no secret calls I don’t need no wahala yeh/So save the drama for your baby mama. And then the refrain: I no do kele kele love, kele kele love oooo/Ma seri beye baby ooooo [2x]