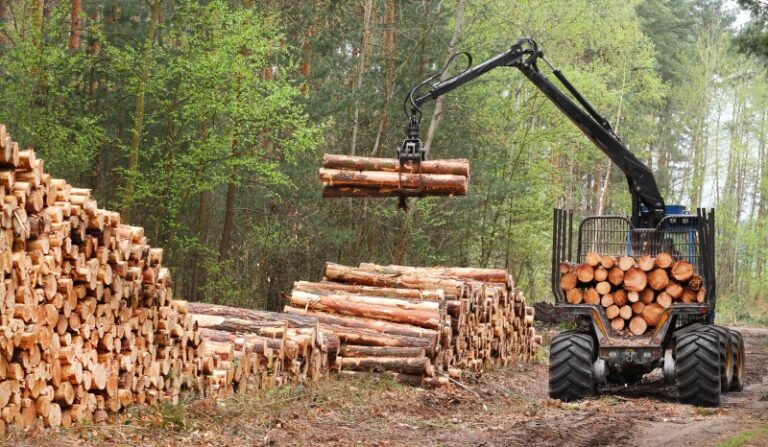 Akure-Ofosu Forest Reserve was established to help protect what is now one of largest remaining tracts of rainforest in Nigeria, and is home to many species.

Established in 1936 and situated just 200 kilometers (125 miles) from the sprawling megacity of Lagos, Akure-Ofosu Forest Reserve has long been a sanctuary for Nigeria’s diverse and dwindling wildlife. Species such as red-capped mangabeys (Cercocebus torquatus), putty-nosed monkeys (Cercopithecus nictitans) and perhaps even endangered Nigeria-Cameroon chimpanzees (Pan troglodytes ellioti), roam its woodlands. Together with neighboring Owo, Ohosu and Idanre forest reserves, Akure-Ofosu protects one of the largest remaining tracts of forest in the country.

Or rather, it used to. Between 2002 and 2020 Akure-Ofosu lost 44% of its primary forest, according to satellite data from the University of Maryland (UMD) visualized on Global Forest Watch. Preliminary data from UMD indicate forest loss continued at a quick pace in 2021, and has only increased so far in 2022.

Satellite data from the U.S. National Aeronautics and Space Administration (NASA) suggest fire may have been the driving force behind much of Akure-Ofosu’s most recent spate of forest loss. NASA data show a spike in fire activity in the reserve in late January that burned around 5,000 hectares of land – higher than in years past, according to analysis from Global Forest Watch.

Previous reporting by Mongabay contributor Orji Sunday revealed fire and associated deforestation in Akure-Ofosu was being driven by logging and farming, which, in turn, is driven by the country’s high rates of poverty.

“The cocoa farms in the reserves are growing,” local farmer Omotunde Kayode told Mongabay in 2020. “There are no jobs in the cities. So many graduates, tired of the job hunts are taking over the reserves — the forest has many graduates.”

Nigeria’s population has exploded in the last century, from 36.7 million in 1950 to 158.3 million in 2010, according to data from the United Nations. But sources said job creation has not kept pace, forcing people to choose between forests and their families.

“Forest conservation can never flourish in poverty,” primatologist and professor Babafemi Ogunjemite told Mongabay in 2020. “The margin of the poverty level is so high that anyone can sacrifice anything for food — including the forest.”

Ogunjemite, a professor at the Federal University of Technology in Akure, Nigeria, studies Nigeria-Cameroon chimpanzees. He said that he believes there may still be chimpanzees in Akure-Ofosu, but that there likely won’t be for much longer if deforestation continues as it has.

Ogunjemite said that in addition to habitat loss, poaching is also a huge threat to Akure-Ofosu’s chimpanzees and other wildlife.

“The situation of the animals in the reserve is critical,” Ogunjemite told Mongabay.

Enforcement of forest protection has reportedly gone by the wayside, with sources claiming government complicity in Akure-Ofosu’s deforestation. Kayode said “de-reservation” began decades ago when authorities started letting farmers stake claim to portions of the reserve.

Back to Top
Close
X
Infographic: How expensive are everyday items in Nigeria?…Special ReportSince 2016, the Nigerian economy, Africa’s largest, has suffered two recessions and the prices of basic necessities have skyrocketed. By Shola Lawal M…

Deforestation on the rise as poverty soars in Nigeria