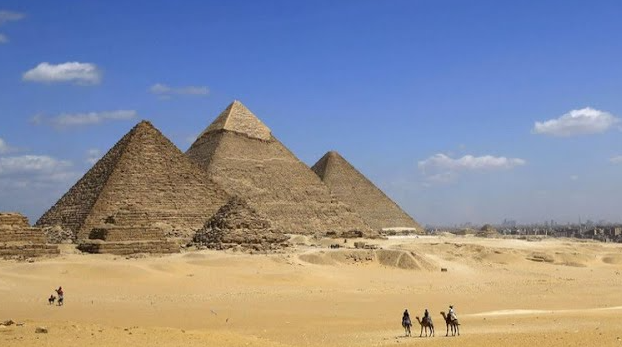 There are 138 ancient pyramids in Egypt. Most of them were built as tombs for the pharaohs, but there is also speculation that they were space observatories, were used for navigation and stored scientific knowledge.

The construction of such large buildings even today is considered a very difficult task – and this with the existence of special equipment like cranes and so on. Architects already know very well how much the construction of the Egyptian pyramids could have cost in current times. To find this out, they took into account the size of the ancient structures, the amount of material used and their mass.

To estimate the cost of building the pyramids in the modern world, the researchers took as an example the Great Pyramid in Giza, which is better known as the pyramid of Cheops. According to scientists’ calculations, this structure was built about 4,500 years ago. At the time of its construction, the height of the Cheops pyramid was about 146 meters, but over time, due to the effects of winds and other natural phenomena, it has decreased to 138 meters.

The structure consists of 2.3 million stones, each of which weighs almost 3 tons. The total mass of the Cheops pyramid is estimated at 6.5 million tons. Historical data states that the structure was erected for 20 years. If it is really so, it turns out that the workers had to move the blocks every 5 minutes. Since this is impossible, scientists believe that the Egyptians lifted each stone on an internal ramp. This is only a guess at this point, but researchers want to find traces of this ramp by scanning the structure with modern methods.

The French architect Jean-Pierre Houdin believes that today we may well build a similarly huge pyramid. I am quite sure that we could do the same thing today, and it would be the most economical method.

But the construction process would have at least two important features. Firstly, instead of moving the stone blocks along the ramp with ropes, modern people would use something with a powerful engine. Secondly, a crane would definitely be used to build the middle part of the pyramid. And here construction of the top of the pyramid by means of the crane would be impossible, because we are speaking about a pyramid in height of 138 meters, and the crane simply would not reach the top part. Helicopters would have done the best job – they are often used today to build bridges and skyscrapers.

By using modern technology, the duration of construction could be reduced to 5 years. In this case, in the process would be involved from 1500 to 2000 specialists, which is very small compared with how many people were involved in the construction of the pyramid of Cheops thousands of years ago. If you consider the number of people, the cost of materials and other expenses, today the construction of the pyramid of Cheops would cost 5 billion dollars. This is a reasonable price – by comparison, the World Trade Center in midtown Manhattan costs $4 billion.

To be fair, the Cheops pyramid would have been much more expensive than many modern skyscrapers. This is further proof that the builders of Ancient Egypt possessed outstanding ingenuity and knew how to surprise.

For example, here are a few more skyscrapers and their costs:

Modern architecture, like ancient architecture, is admirable. Modern builders construct not only tall buildings, but also give them other important features. For example, recently in New York City, the world’s narrowest skyscraper was built – its foundations measure only 32 by 61 meters.

How much would it cost to build an Egyptian pyramid today?