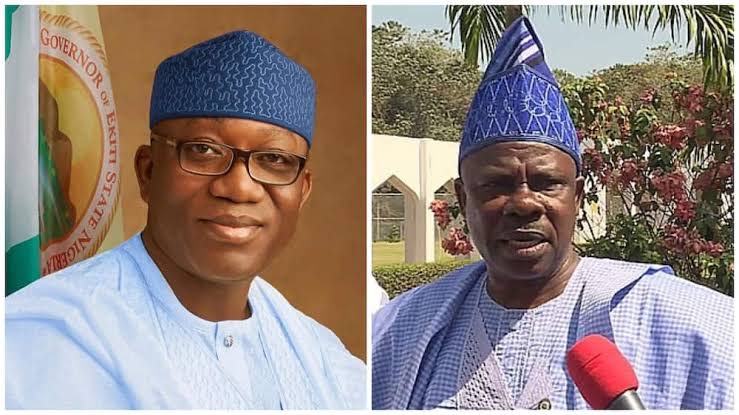 This is coming a few hours after the Chairman of the Nigeria Governors’ Forum declared his intention to take over from President Muhammadu Buhari at the end of his tenure.

Amosun on Thursday had expressed his intention to emerge as the president of Nigeria in 2023.

The former Governor of Ogun State on his part had attended the official declaration of Fayemi in Abuja on Wednesday, an action which was described by Nigerians as a cruise.

Some Nigerians were wondering why the presidential aspirants on the platform of the All Progressives Congress would attend each other’s presidential declaration.

Others think they are in the presidential race to reduce the chances of the National Leader of the party, Bola Tinubu.

Tinubu had expressed his intention to contest under the ruling party.

See some reactions below:

It’s a game. Line up for portfolios for the next government.

Rivers Of Water on Twitter: “They want to divide the votes against Tinubu. Old election strategy. / Twitter”

They want to divide the votes against Tinubu. Old election strategy.