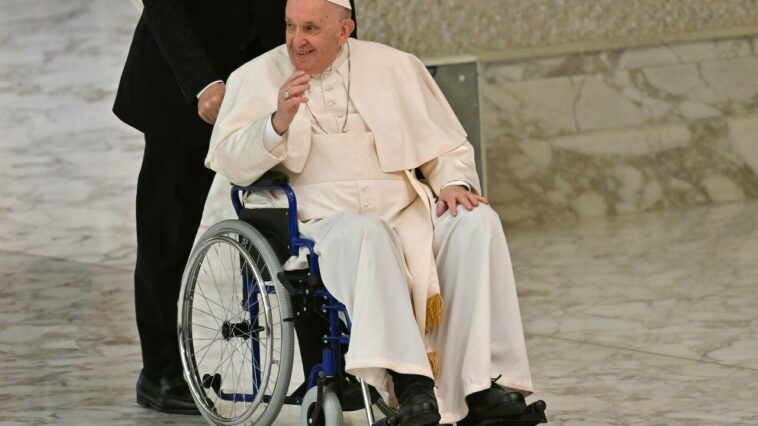 Pope Francis, who has suffered from pain in his knee, used a wheelchair for the first time at a public event on Thursday.

The 85-year-old was wheeled into the Paul VI hall at the Vatican for a meeting of a Catholic organisation of sisters and nuns, according to an AFP journalist.

He used a wheelchair after an operation on his colon last summer, but this was the first time he has been pictured in one at an event open to the media.

Francis has been suffering for months with pain in his right knee, cancelling numerous engagements, and in recent days has struggled to walk.

On Wednesday, he had to be helped out of his chair by an assistant at the weekly audience in St Peter’s Square…

X
African students fleeing Ukraine endure hardship in France…NewswireDNYUZ However, foreign students who were living in Ukraine and who were also forced to flee have been exempted from this scheme – and they now find th…