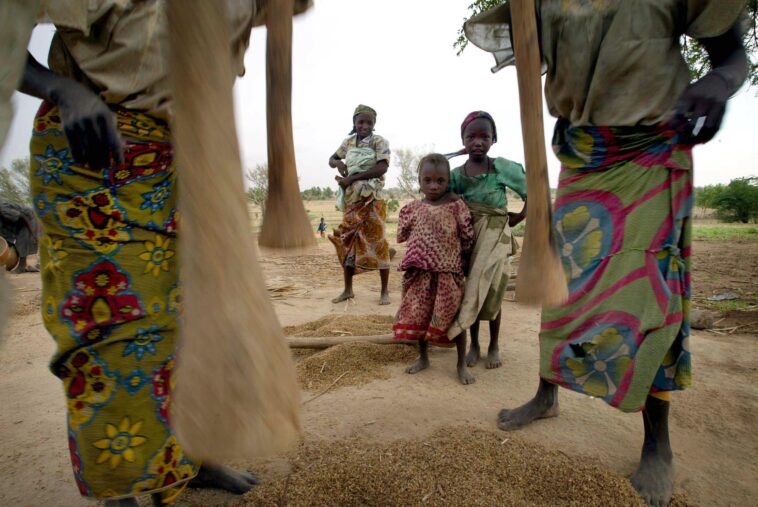 Rising prices and the slowdown in economic growth are putting millions of households at risk across the continent.

Africa faces an “unprecedented” crisis caused by the Russian invasion of Ukraine that has led to soaring food and fuel prices, the United Nations said.

The conflict in Ukraine and Western sanctions on Moscow are disrupting supplies of wheat, fertiliser and other goods, compounding the difficulties Africa already faces from climate change and the coronavirus pandemic.

“This is an unprecedented crisis for the continent,” UNDP Africa chief economist Raymond Gilpin said on Friday.

“We are seeing a reduction of GDP growth on the continent,” he said.

Rising oil prices from the war have also increased fuel and diesel costs.

“With the disruptions that now happen, you see an urgent situation materialise because where do these countries turn overnight for commodities?” UN Assistant Secretary-General and UNDP Africa regional director Ahunna Eziakonwa said.

Rising prices and the slowdown in economic growth are putting millions of households at risk across the continent – which includes most of the poorest countries in the world.

Economic difficulties could also exacerbate social tensions in crisis-hit parts of the continent, such as the Sahel, parts of central Africa and Horn of Africa, Gilpin said.

“Tensions, particularly in urban area, low-income communities, could spill over and lead to violent protests and violent riots,” he said, noting that countries holding elections this year and next year were particularly vulnerable.

UN Secretary-General Antonio Guterres said this week he was seeking talks to bring back Ukrainian and Russian agriculture and fertiliser products into world markets to help end a “three-dimensional” crisis in developing nations.

The European Union, US and more than two dozen other countries pledged on Friday to shore up global food security in a joint statement to the World Trade Organization.

Voicing alarm at the “global effects on food security” triggered by Russia’s invasion of Ukraine, they stressed “the urgency and importance of maintaining open and predictable agricultural markets and trade”.

World Food Programme chief David Beasley warned back in March that “the bullets and bombs in Ukraine could take the global hunger crisis to levels beyond anything we’ve seen before.”

Back to Top
Close
X
Africa's biggest champagne importers – Nigeria, Ghana, Congo among top 10…AfricaBy Jaco MaritzRecent figures obtained by How we made it in Africa reveal the biggest African importers of French champagne, with South Afric…

X
Ghana’s consumer inflation spikes to ‘shocking’ 23.6% in April…AfricaGhana’s consumer price inflation accelerated to 23.6% year-on-year in April from 19.4% in March, the statistics service said on Wednesday, a recent re…