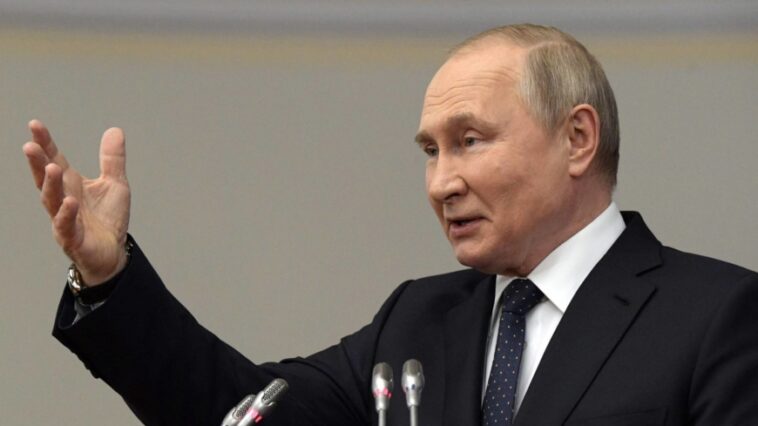 MOSCOW – Russian President Vladimir Putin on Sunday vowed that “as in 1945, victory will be ours” as he congratulated former Soviet nations on the 77th anniversary of Nazi Germany’s defeat in World War II.

“Today, our soldiers, as their ancestors, are fighting side by side to liberate their native land from the Nazi filth with the confidence that, as in 1945, victory will be ours,” said Putin, who sent Russian troops into Ukraine in February.

“Today, it is our common duty to prevent the rebirth of Nazism which caused so much suffering to the peoples of different countries,” said Putin. He added he hoped “new generations may be worthy of the memory of their fathers and grandfathers”.

Putin also made multiple references not just to soldiers but also civilians on the “home front … who smashed Nazism at the cost of countless sacrifices”.

“Sadly, today, Nazism is rearing its head once more,” charged Putin who has insisted that Ukraine is in the grip of fascism and a threat to Russia and the Russian-speaking minority in Ukraine’s east which Moscow claims to be “liberating.”

“Our sacred duty is to hold back the…

Vladimir Putin vows 'as in 1945, victory will be ours' in Ukraine