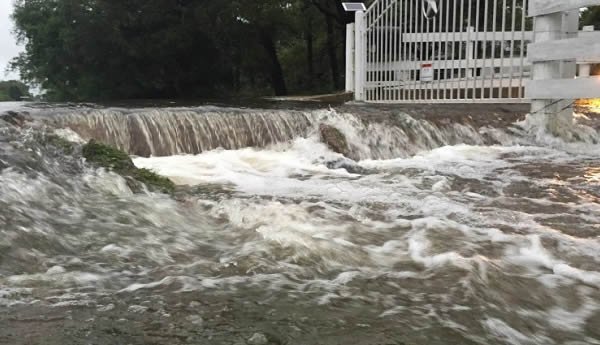 The Lagos State Government has said flooding on Lagos Island is caused by the effects of climate change and blocked drains in the area.

The Commissioner for Environment and Water Resources, Mr. Tunji Bello, disclosed this in a statement on Sunday, adding that a massive pumping station equipped with high-capacity tanks would be provided.

He said, “A permanent solution to the issue of flooding in Idumagbo, Oroyinyin, Ojo Giwa, and environs on Lagos Island would be put in place before the end of the year, but I want to assure residents that what has been provided at the Ilubirin end, for now, is a temporary measure which takes a minimum of two days to pump water after every heavy rainfall.

“The major problem responsible for flooding is the depressing nature of the area which has made it difficult for water to naturally drain into the canals. What was experienced in Idumagbo and its environs are the effects of climate change as Lagos is one of the cities projected as one of the sinking cities in the world.

“I advise residents of Lagos Island to desist from dumping refuse into drains and canals and take ownership of the environment by moving against property developers who litter drains with building materials which prevent flowing drains.”

Back to Top
Close
X
Elizabeth Olsen talks Wanda’s shocking [SPOILER] in ‘Doctor Strange 2,’ and the hardest scene for he…EnvironmentVarietySPOILER ALERT: This story discusses major plot points of Marvel Studios’ “Doctor Strange in the Multiverse of Madness,” currently in theaters. …

X
Climate change is devastating the Global SouthEnvironmentAljazeera Right now in India and Pakistan, a record-breaking heatwave is impacting the daily lives of nearly a billion people. Scorching temperat…