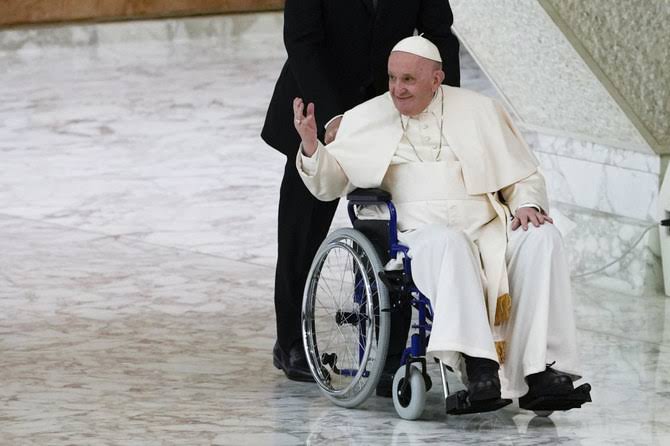 Nassar did not elaborate on the “health reasons” behind the postponement, but the pope who has suffered from pain in his knee was seen using a wheelchair for the first time at a public event on Thursday.

“Lebanon received a letter from the Vatican officially informing it of the decision to postpone the scheduled visit of the Pope to Lebanon,” Nassar said in a statement published by the official National News Agency.

The pope’s “foreign visits and scheduled appointments… have been postponed for health reasons,” said Nassar, who heads a committee tasked with preparing for the trip…