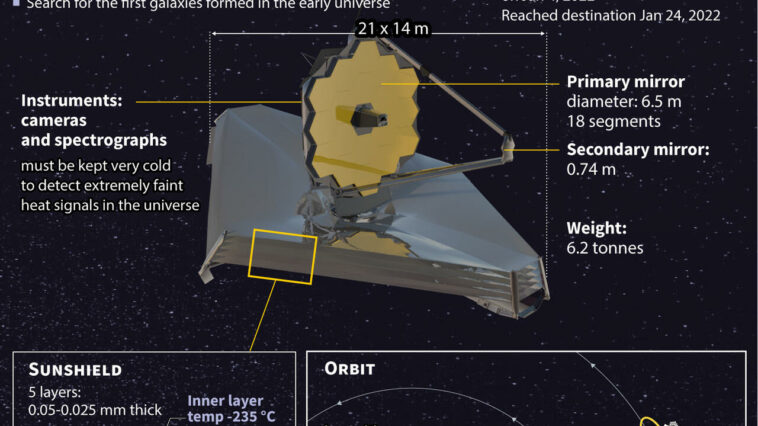 The James Webb Space Telescope will produce “spectacular color images” of the cosmos in mid-July — its first observations dedicated to its mission of scientific discovery, an astronomer overseeing the project said Monday.

The successor to Hubble has spent the last five months aligning its instruments in preparation for the big reveal, with scientists deliberately remaining coy about where the cameras will be pointed.

“We’d really like it to be a surprise,” Klaus Pontoppidan, a scientist at the Space Telescope Science Institute in Baltimore told reporters, adding that the secrecy was partly due to the first targets not yet being finalized.

NASA and its partners the European Space Agency (ESA) and Canadian Space Agency (CSA) formed a committee to create a ranked list of objects, which they now intend to work through.

Webb’s team has already released a series of star field images taken for calibration purposes, but the new photographs will be of astrophysics targets, key to deepening humankind’s understanding of the universe, said Pontoppidan.

These images will actually be shot in infrared, and then colorized for public consumption…

Back to Top
Close
X
LISTEN: NASA releases audio recording of a black hole…ScienceAs part of an effort to “sonify” the cosmos, researchers have converted the pressure waves from a black hole into an audible … something. Via Fox 8: N…