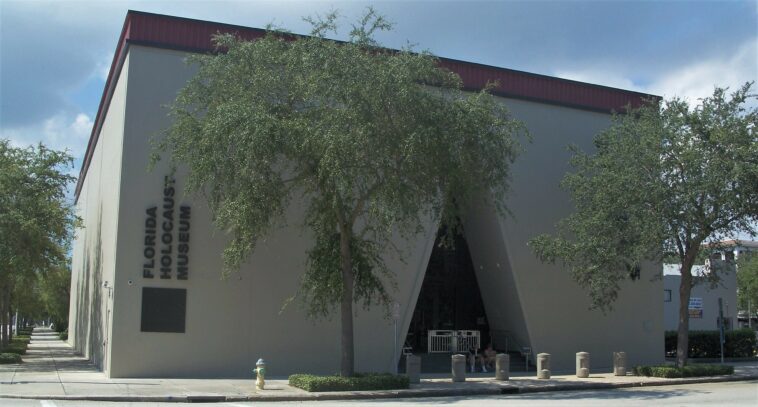 The Florida Holocaust Museum in St. Petersburg condemned another incident where white supremacists were filmed waving Nazi flags in Orlando, Fla., this time on Monday in front of the entrance to Walt Disney World.

The video of three men waving Nazi flags on the lawn in front of the signs for the amusement park was posted on TikTok on May 7. Another flag, flying from a pole stuck into the ground, said “DeSantis Country,” alluding to Florida’s Republican Gov. Ron DeSantis.

“It’s a sad day for humanity when even Disney World—the ‘happiest place on earth’—is not immune to blatant anti-Semitism,” said Michael Igel, chair of the Florida Holocaust Museum and Commissioner’s Task Force on Holocaust Education, in a news release on Monday. “Displays of Nazi imagery are repugnant, and this demonstration was clearly meant to offend and provoke.”

He continued, emphasizing that “no family should be confronted with threatening symbols of hate, least of all on vacation. But this act of malice provides our community with an…

X
My wife lets me have sex with other men as otherwise I'd be depressed…Last PostMY wife knows I am more attracted sexually to men than women and accepts it.She has even said it’s OK for me to have sex with men.It might sound unlik…