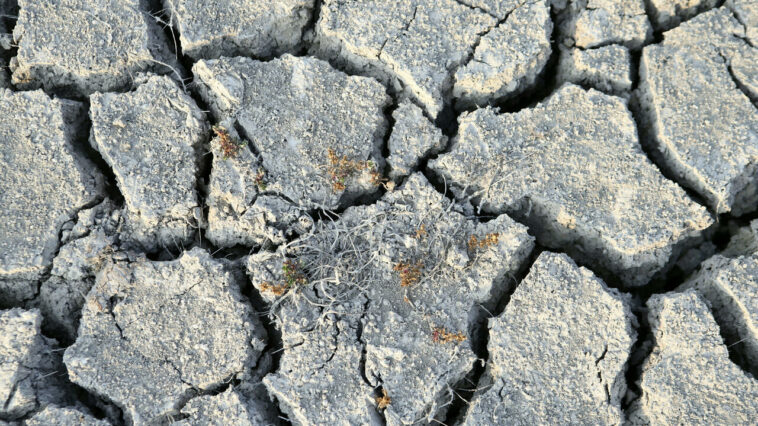 As global warming accelerates, the spectre of drought haunts France’s once verdant farmland. Even now, before the start of summer, 15 administrative départements have had to restrict water use while farmers warn that the current situation will have an adverse impact on crop yields.

Few people in France are talking about this looming catastrophe – but all the signs of a record drought are there.

“No region has been spared. We can see the earth cracking every day. Yesterday I was at a farmer’s house in the Puy-de-Dôme region [in central France]; he was watering the wheat. If things carry on like this, farmers who can irrigate their crops will be able to deal with it but the others will face a dramatic reduction in their yields,” Christiane Lambert, the head of France’s biggest agricultural union the FNSEA, told AFP on Monday.

Since last autumn we’ve seen “huge droughts” in Spain and Portugal and the same phenomenon has spread to southern France, Lambert said. But “what is unusual this season is that drought is affecting regions north of the Loire”, the river that divides southern and northern France.

‘The water tables couldn’t be filled’

The French agriculture ministry is all too aware of the crisis. “Winter crops such as wheat and barley, currently growing [before cultivation later on], are starting to experience conditions that will affect yields,” a spokesperson said. The hot and dry weather France has seen over the past few weeks could also affect spring crops like corn, sunflower and beet – as well as the fodder needed to feed livestock.

Drought will not only undermine the food supply but has effects further afield. “As well as farming, drought has a huge impact on a lot of other things – like buildings,” warned hydrologist Emma Haziza. “We’re seeing more and more houses collapsing. This is unprecedented in France. The damage droughts create is more expensive to deal with than [the consequences of] floods and it will have huge long-term economic consequences…

Back to Top
Close
X
Renewable energy is being hit by the supply chain crises…EnvironmentNews StatemanThe global expansion in renewable power is expected to slow down next year, as supply chain and logistical challenges continue to hamper …