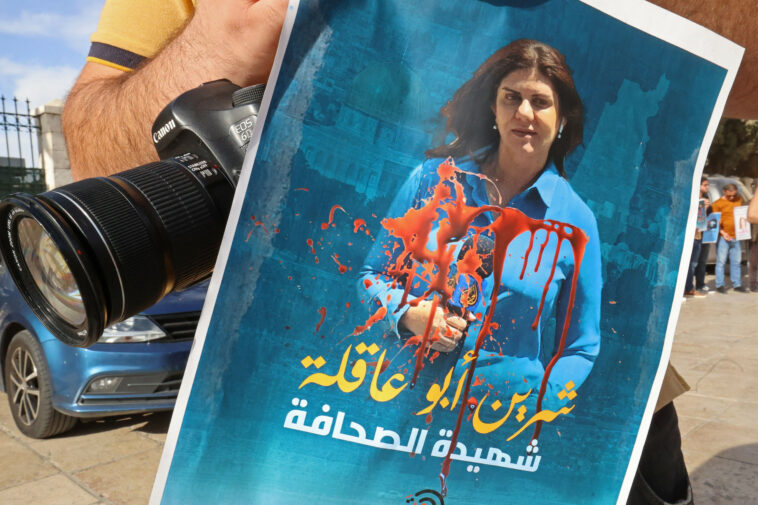 Al Jazeera, the Palestinian Authority, and eyewitness accounts said Abu Akleh was killed by an Israeli live round. Israeli officials have said, “Palestinian terrorists” were likely the ones to have shot the journalist.

Israeli officials—including Prime Minister Naftali Bennett and the country’s foreign ministry—shared a video appearing to depict Palestinian men yelling and scattering after one masked man fired a shot in an alleyway.

Israeli government and media figures circulated the video with various quotes attributed to the men, most notably that they boasted about killing a soldier or an Israeli. The Israeli foreign ministry’s translation quotes the men as saying: “They’ve hit one, they’ve hit a soldier, he’s laying on the ground.”

The 27-second video starts with the masked man firing the shot. As gunfire can be heard in the background, the cameraman then can be heard saying in Arabic, “Be careful, they’re shooting at the house.”

The man filming also makes religious invocations, before frantically yelling at the other men to back away…

X
Analysis: Elon Musk just made Donald Trump's life a lot more difficult…NewswireCNNOn Tuesday, Elon Musk confirmed it: He wants Donald Trump back on Twitter."I do think it was not correct to ban Donald Trump, I think that was a mi…