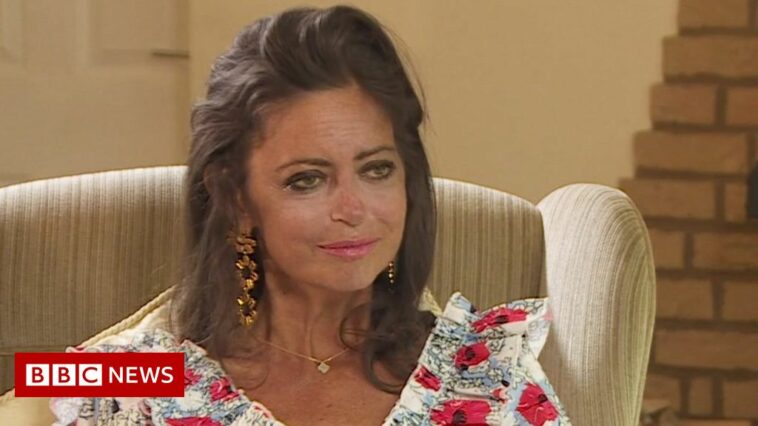 The Duke and Duchess of Cambridge are among those to donate to podcaster Deborah James’ new cancer research fund, as donations surpassed £3m.

The Bowelbabe fund launched on Monday, after James said she was now receiving end-of-life care for bowel cancer.

She was diagnosed in 2016 and has spoken candidly about treatment on the BBC’s You, Me and the Big C podcast.

“Thank you for giving hope to so many who are living with cancer,” Prince William and Catherine wrote on Twitter.

The couple described the mother-of-two’s “tireless efforts” raising awareness of cancer as inspirational.

“Every now and then, someone captures the heart of the nation with their zest for life & tenacious desire to give back to society. @bowelbabe is one of those special people,” they wrote.

In revealing her prognosis, the former deputy headteacher launched the fund to support research into personalised medicine for cancer patients, and to support campaigns to raise awareness of bowel cancer.

The Royal couple described James’ “tireless efforts” to raise awareness of cancer and “end the stigma of treatment” as inspiring.

They said they were sad to hear her news, but they were “pleased to support” the new fund.

“Deborah, our thoughts are with you, your family and your friends. Thank you for giving hope to so many who are living with cancer.”

What are bowel cancer symptoms?

Blood in the stools without other symptoms, such as piles

Abdominal pain, discomfort or bloating always brought on by eating

The fund, named after the 40-year-old’s online handle @bowelbabe, will work with the charity Cancer Research UK, Bowel Cancer UK and the Royal Marsden, to allocate the money.

Prince William is patron of the Royal Marsden, a specialist cancer hospital in London, where James has been treated.

Thousands of donations flooded in after she revealed the news, surpassing £1m in less than 24 hours – smashing James initial goal for the fund of £250,000.

In an interview with BBC Breakfast on Wednesday, James said the news had made her feel “utterly loved”, adding: “It makes me feel like we’re all kind of in it at the end together and we all want to make a difference.”

She also said that her dying wish was to help raise money for the “things that gave me life”, explaining that were it not for experimental treatments she would have died at least two years ago

“Ultimately what I really want to happen is I don’t want any other Deborahs to have to go through this,” James said.

Back to Top
Close
X
Scientists suggest editing human genetic code to prevent heart attacks…Health“WE’RE ON THE CUSP..." By LONNIE LEE HOOD Heart attacks are the world’s leading cause of death, yet the few treatments available are often expensive a…

X
Here’s another reason to donate blood: it reduces ‘forever chemicals’ in your bo…HealthBy Adrienne MateiWhile the $4tn global wellness industry bends over backwards to sell us dubious detox products, there is an accessible, easy, and fre…