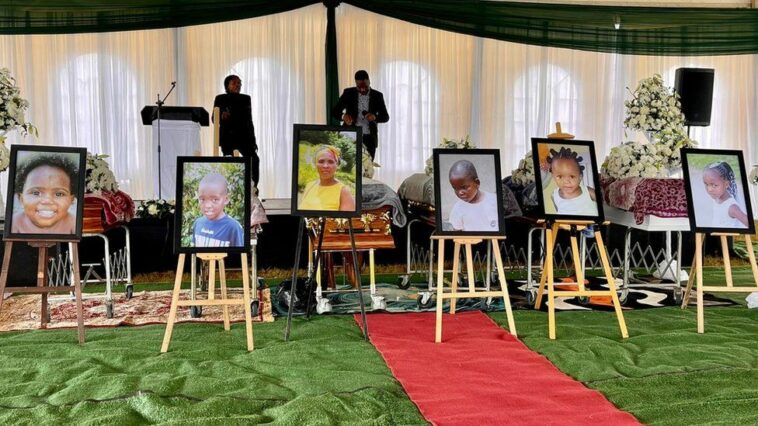 At least 445 have been confirmed dead, while 48 people are still missing, as deadly floods hit KwaZulu-Natal Province in South Africa.

The floods which hit the town last month destroyed property worth millions of naira.

According to BBC, disaster management teams, which including police and army, are still on the ground searching, but for many families the hopes of finding loved ones alive are dwindling.

Back to Top
Close
X
Ghana’s consumer inflation spikes to ‘shocking’ 23.6% in April…AfricaGhana’s consumer price inflation accelerated to 23.6% year-on-year in April from 19.4% in March, the statistics service said on Wednesday, a recent re…

X
Togo suffers its first deadly jihadist attackAfricaThe Africa Report It was probably only a matter of time, as terrorist groups are targeting the countries of the subregion one by one.On the night…