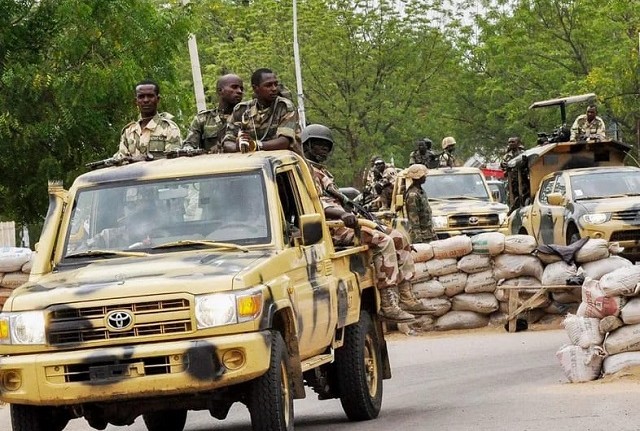 Gunmen, locally called bandits, have killed six soldiers responding to an attack at Tati, a village in Takum Local Government in Taraba State in the North-east of the country, the Nigerian Military said in an internal communication obtained by PREMIUM TIMES

According to a signal sent by the Nigerian Army 93 Battalion in Takum, the commanding officer of the battalion, E.S Okore, a lieutenant colonel, is yet to be accounted for.

The signal said the incident happened around 10 a.m. on May 10. It stated that the bandits in the clash outnumbered the troops.

The signal also said the number of casualties on the side of the enemy could not be confirmed.

It also revealed that troops at Donga while at Ananum village killed two bandits while others fled with gunshot wounds.

Back to Top
Close
X
Polytechnic lecturers prepare for strike, give FG two-week ultimatum…Live NotesPeoples Gazette The Academic Staff Union of Polytechnics (ASUP), has threatened to embark on industrial action if the Federal Government does not acce…