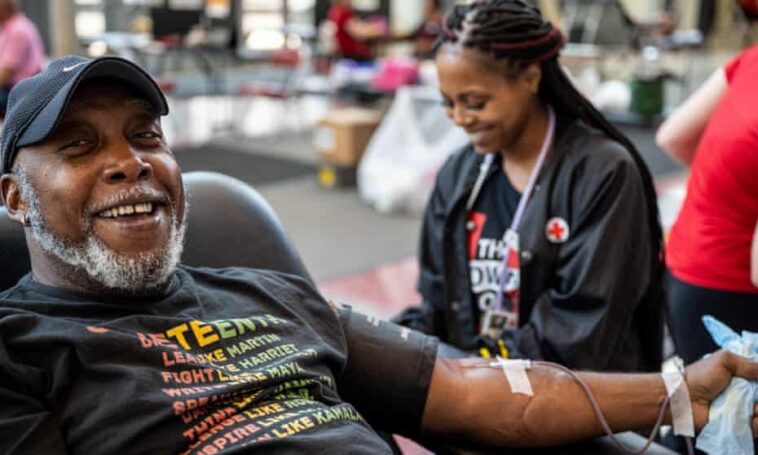 While the $4tn global wellness industry bends over backwards to sell us dubious detox products, there is an accessible, easy, and free way to genuinely rid our bloodstreams of toxins

Among all the toxins in the Pandora’s Box of chemical pollutants that humans have released upon the world, PFAS are particularly disturbing.

PFAS – per- and polyfluoroalkyl substances – are nicknamed “forever chemicals” for their ubiquity, persistence and toxicity. They are used in household items including non-stick pans, waterproof fabrics, and microwave popcorn bags, and can contaminate water, air, soil, crops and animal products. They accumulate in the blood, bones and tissues of living things and do not degrade. PFAS impair human immune systems, making us more susceptible to diseases – even those we’ve been vaccinated against. Researchers associate the chemicals with liver disease, obesity, thyroid disorders, and certain cancers, among other health problems. These observations generally pertain to the relatively few PFAS we have researched, including PFOA and PFOS; PFAS belong to a massive family of chemicals, thousands of them unstudied and potentially harmful.

Now, for the first time, scientists have found a way to remove PFAS from the human body: by donating blood.

A new study published in JAMA Network Open tracked PFAS levels in 285 Australian firefighters, who are regularly exposed to PFAS in firefighting foam and accrue high levels of the chemicals in their bodies. Over a year, one group of firefighters donated plasma every six weeks, another donated blood every 12 weeks, and a third group acted as a control.

“This randomized clinical trial showed that regular blood or plasma donations result in a significant reduction in serum PFAS levels for participants,” the study’s authors wrote. Blood donors reduced their PFAS levels by 10%, and plasma donors reduced theirs by 30%. Both groups maintained their reduction for at least three months post-trial. The study did not explore whether a reduction in PFAS in the blood necessarily leads to better health.

It’s almost ironic: while the $4tn global wellness industry bends over backwards to sell us dubious detox products, there is an accessible, easy, and free way to genuinely rid our bloodstreams of toxins. And blood is always in high demand. The American Red Cross – which supplies 40% of the country’s blood – saw its worst blood shortage in more than a decade this January. Blood donation services have traditionally invoked altruism to attract and retain donors; perhaps donations will increase as people learn that giving blood may be in their self-interest, too. (And in the case of donating plasma, donors are often financially compensated.)

When you donate PFAS you are effectively pawning off your PFAS on the blood recipient. There’s something morally icky about that, though it’s important to remember that PFAS are already ubiquitous, and blood recipients generally need blood much more urgently than they need to worry about PFAS.

But the idea of offloading toxin-laced blood does raise health and ethical questions.

“This is a big controversy. This is a big question,” Dr Bruce Lanphear, a co-author of the study and a researcher specializing in childhood exposures to toxins, said. “Should we be testing blood for chemicals, at least for preemies? Should we be testing it for all people?” He pointed out that premature babies can require multiple full blood transfusions at a time when they are “exquisitely sensitive to toxic chemicals”.

Increased public understanding of chemical contaminants in blood “raises questions about the safety of the blood supply”, says Lanphear. “And of course, there’s going to be a lot of disbelief, a lot of dismissal of this because that’s pretty inconvenient.”

“The Red Cross and the FDA work together to ensure the blood supply is as safe as possible, and individuals should not worry about the safety of donating or receiving blood,” Dr Susan Stramer, vice president of scientific affairs at the American Red Cross Blood Services, wrote by email.

“At this time, there are no regulatory limitations on [PFAS] in blood due to the absence of any documented evidence of harm. No study has shown a detrimental effect of such substances in blood for donors or recipients.”

And donations save lives, after all.

Either way, more research on the effects of PFAS is needed – urgently. Not only is there no established…

Here’s another reason to donate blood: it reduces ‘forever chemicals’ in your body