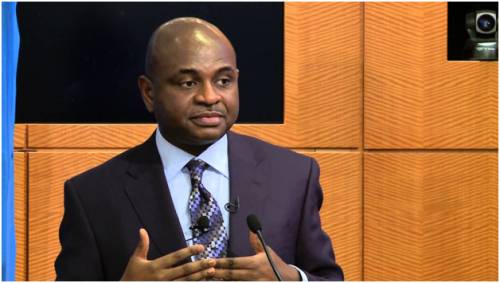 Former deputy governor of Central Bank of Nigeria and presidential aspirant of the Action Democratic Congress (ADC), Kingsley Moghalu has said battles will be taken to the enemies if he is elected president of Nigeria.
Moghalu, in an interview on Channels Television on Wednesday monitored by SaharaReporters, said people abducted by terrorists and bandits will be rescued using tactics as seen in movies or as done in advanced countries.

He said, “The military has to be strengthened; we need to go into the forests and take control of our territory, you must take the battle to the enemy.
“You manage the risk of collateral damage, do terrorists live in the forest? Terrorists are living in this forest.”
“Well, there are ways to rescue victims; it happens. We watch it in movies and we have seen it done in many countries; that’s why I talked about upgrading and also using technology. If we use technology, I think we can be more proactive against terrorists,” he said.
Moghalu also…