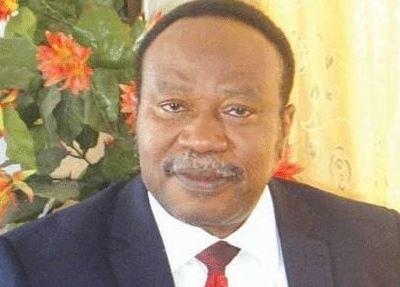 LAGOS – Chief Adesunbo Onitiri, renowned socio-political activist has outlined the qualities the next President of Nigeria should posse, stressing that as the country  is about choosing its leaders, and with daunting economic and insecurity problems facing them, Nigerians must select with caution, a patriotic, young, highly educated, Godly, and de-tribalised president during next year general elections.

According to him all voting age and patriotic Nigerians are strongly advised to get their Permanent Voting Cards (PVCs) as a matter of necessity, to vote during next year’s general elections.

In a press statement in Lagos yesterday, Onitiri said: “We Democrats also urge all Nigerians to vote wisely, as this suffering and abject poverty must end. Our economy is at its lowest ebb. There is serious insecurity in the country.”

He cautioned that in choosing our leaders, every patriotic Nigerian should ensure the people to be voted, especially the President, must be a highly cerebral, well educated, selfless and forthright people.

“We need a patriot, young, highly educated, healthy, internationally connected President who has the capability and ability to govern. He must be honest, transparent, credible, and diligent with the quality of a world-class President. Not a moneybag.

“Nigeria needs leaders like Mohammed bin Rashid of Dubai, President of Malaysia, and President of Singapore  Lee Kuan Yew. These people should be our role models. We desperately need leaders that can turn our economy around, turn our desert into the land flowing with honey and milk,” he stressed.

Onitiri emphasised that political parties must scrutinize their candidates and present a credible, highly educated and intelligent person with the fear of God; detribalized, non- nepotic, equipped with world current affairs, economics and politics.

“A new President must be a servant leader that has the spiritual acumen to unite the country. Not a selfish leader that could easily be influenced by the spoils of office. Never again will Nigerians tolerate an old, sick or unhealthy, corrupt, indolent, religious fundamentalist as President, he said.

X
Decoding the messages tucked away in one 'politically significant' city&…In Other NewsCNNCita Sadeli saw the start of the pandemic from a different angle than most: standing on an articulated lift, hovering 120 feet above street level. …