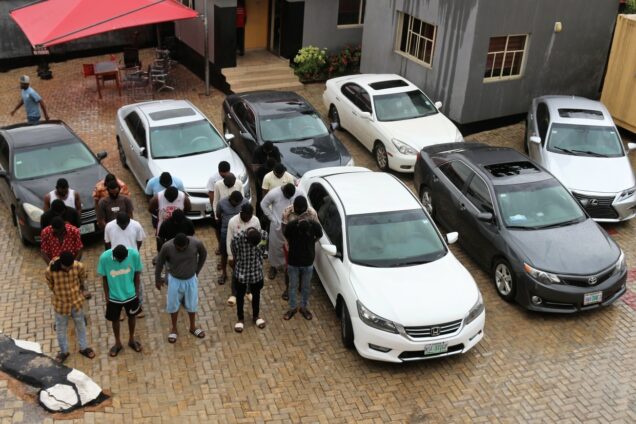 Operatives of the Ibadan Zonal Command of the Economic and Financial Crimes Commission, EFCC have arrested 23 suspected internet fraudsters in Ibadan, Oyo State.

A statement issued by EFCC’s spokesman, Wilson Uwujaren on Friday said the suspects were arrested on Thursday at Apata, Jericho and Ire Akari Estate areas of Ibadan following credible intelligence on their alleged computer fraud-related activities.

He said 16 of the suspects were indicted by forensic analyses carried out on their devices and the incriminating documents recovered from them.

Back to Top
Close
X
Police bust child trafficking syndicate, recover 4-year old boy…Crime ScenePM NewsBy Uchenna UgwuThe Police Command in Ebonyi said it has recovered a stolen child after over one month he was declared missing.This is contained…