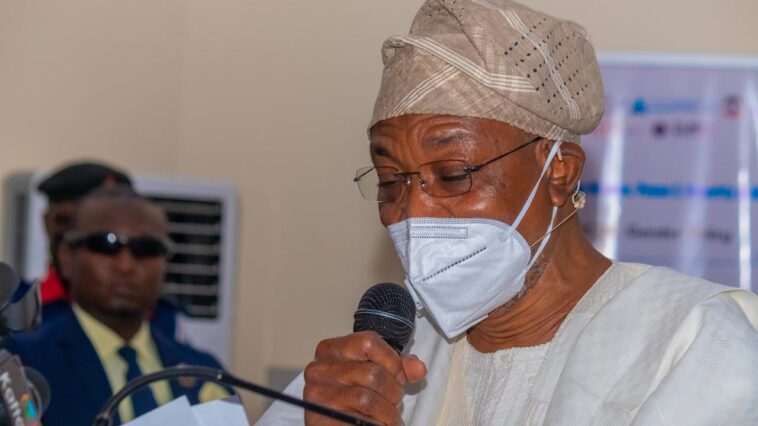 The Federal Government, through the Ministry of Interior deserves the support of all Nigerians in its bid to fully digitalise the processing of the Nigerian international passport before the end of this year. When and if the plan eventually sails through, Nigerians will not just be relieved of the stress they normally go through while seeking to obtain or renew their passports; the feat will bring the country closer to the standard practice in the global community. The international passport is not only a proof of citizenship, it is also a means of exercising one’s fundamental right to freedom of movement; an essential travel document that Nigerian citizens are obliged to possess, especially when travelling out of the country for work, business or pleasure.

However, over the years as the demand for the passport increased geometrically while the process of supply dragged on arithmetically, the quest for passport can best be described as a nightmare for applicants. An average applicant needs lots of patience and perseverance with the personnel and officials of the passport office. It is not unusual for the atmosphere in the passport office to be tense and anxious as applicants wait endlessly for passport issuance even after the filling process has been completed.

This archaic scenario is obviously the defect the Minister of Interior, Ogbeni Rauf Aregbesola is seeking to cure when he said that the process of issuing the Nigerian passport would be fully digitalised before the end of 2022, adding that the process of applications would no longer be business as usual. He explained this during the commencement of a two-day capacity-building workshop organised for passport control officers from across the country and foreign offices. The workshop was to ensure effective and efficient service delivery to maximize the gains of the passport reforms by the Federal Government.

Highlights of the latest reform, according to Aregbesola include government’s decision to cut off completely any form of contact between applicants and immigration officers which gives rise to corruption in the process; the maximum period for processing fresh passport applications is now six weeks while passport renewal would no longer be more than three weeks. One objective is to eliminate corruption and passport racketeering among immigration officers. It is instructive that the minister’s assurance that Nigerians would be able to track their passport application process online through the passport portal is already working; and this is expected to reduce unnecessary congestion often witnessed at the passport offices.

Indeed, the ministry’s initiative is long overdue, as smaller countries even in the West African sub-region are already implementing digital processing of passport. Any organisation or agency dealing with large numbers of human beings must necessarily adapt its circumstance to curb challenges. Nigerians look forward to an end to their difficult and agonising experience over procurement of passports.

In promising Nigerians easy and seamless procurement of international passports, the minister must seriously galvanise the Immigration department and passport offices to act accordingly. This is because the idea of government’s reform of passport issuance and renewal is not new; it would appear that government’s resolve fizzles out before a reasonable standard is achieved. Government must make conscious efforts to sustain the current plan lest it goes the way of the previous ones, to the chagrin of Nigerians.

A current challenge now is what the minister rightly noted as the verification and linking of passports with the National Identification Number (NIN). It is important that synergy is developed by the Interior ministry with that of the ministry and agencies concerned with the NIN provision. There should be no reason whatsoever for the delay in issuing passports. Government in fact should have envisaged the NIN linkage challenges and ensure that everything is put in place to ensure the seamless transition.

In this new age of technology and twenty-first century, Federal Government agencies should have little difficulties in operating portals containing information of Nigerians from sister agencies. There ought to be a central pool for citizens’ data which would make it easy for any government agency to get vital details of any citizen. The challenge of NIN linkage with passports should not become an excuse for the officials in passport office to justify delay to obtain passport.

Nigerians will remember the strong words of the minister (Aregbesola) when…

Back to Top
Close
X
The north must let go in 2023OpinionBy Dan AgbeseThe 2023 general election season is now upon us. The politicians and their parties are working out the maths of winning or stealing or ca…