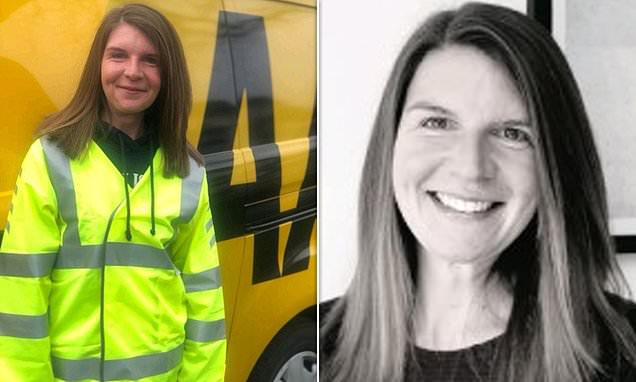 A baby tragically drowned in three inches of bathwater when her mother fainted 24 hours after taking the AstraZeneca Covid vaccine, an inquest has heard.

Lawyer Louise Atkinson blacked out as she bathed nine-month-old Eleanor, nicknamed Ellie, the day after receiving the first dose of the jab.

Her husband James came home from a trip to the dentist and pushed open the bathroom door to discover it had been blocked by his unresponsive wife on the floor.

To his horror, he saw their baby daughter face down in the bath turning blue.

Mr Atkinson picked her out of the water and woke his wife by grabbing hold of her. He then laid Ellie on the bathroom floor where he began CPR while calling 999 on speakerphone.

Mr Atkinson, a business manager, carried on the resuscitation attempts until the emergency services arrived six minutes later at their home in Christchurch, Dorset.

Ellie was flown by helicopter to Southampton General Hospital, Hampshire, but was pronounced dead four hours later on March 23, 2021.

It is not known for how long Ellie was submerged before Mr Atkinson found her, although it could have been as long as 30 minutes.

A post-mortem examination found that ‘on the balance of probabilities’ the cause of death was inhalation of water or drowning.

Police investigated Ellie’s death and concluded it was a ‘tragic accident’.

They contacted Public Health England about Mrs Atkinson’s adverse reaction to the vaccine and were sent a general report which said ‘sleepiness and drowsiness’ was an uncommon possible side effect.

The Bournemouth inquest heard Ellie was born premature at 33 weeks and had a heart defect as well as feeding problems which meant she was underweight.

She was due to have heart surgery on March 25 and Mrs Atkinson said she had struggled to sleep or eat in the days beforehand due to ‘anxiety’ about it.

There was also the added stress of arranging Covid tests for her and her husband so they could accompany Ellie during her planned ten-day stay in hospital, the hearing heard.

Mrs Atkinson said she decided to give her daughter a bath as she had been sick during her morning feed, and needed a ‘surgical wash’ ahead of being admitted to hospital for the procedure.

Back to Top
Close
X
Putin's successor 'could be young mystery man' who is one of few he trusts…World NewsBy Michael MoranWith growing doubts about Putin's health, a little known Kremlin aide named Dmitry Kovalev is being tipped by Kremlin-watchers to take…