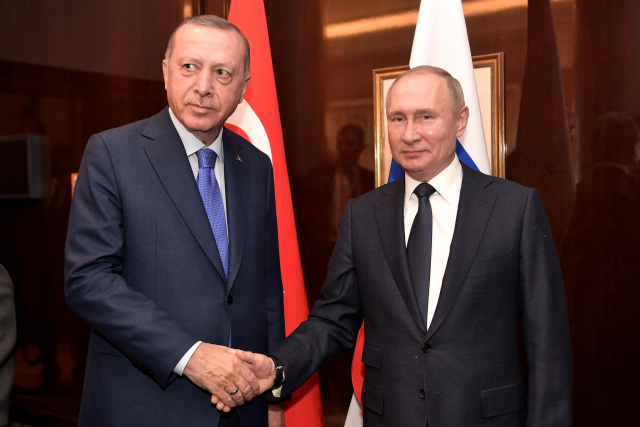 Turkish President Recep Tayyip Erdogan said on Friday that Turkey cannot support Sweden’s and Finland’s plans to join the pact because the Scandinavian countries were “home to many terrorist organizations“.

Finland’s plan to apply for NATO membership on Thursday and the expectation that Sweden will follow will lead to the expansion of the Western military alliance, which Russian President Vladimir Putin aimed to prevent by launching an invasion of Ukraine.

Turkey has officially backed enlargement since joining NATO 70 years ago. Any decision on enlargement must be taken unanimously by the members.

“We are following developments with regard to Sweden and Finland, but we do not hold positive views,” Erdogan told reporters in Istanbul, adding that it was a mistake for NATO to accept Greece as a member in the past…

Back to Top
Close
X
North Korea reports its first Covid outbreak.NewswireSEOUL — North Korea on Thursday reported its first outbreak of the coronavirus, declaring a “maximum emergency” and ordering all cities and counties i…