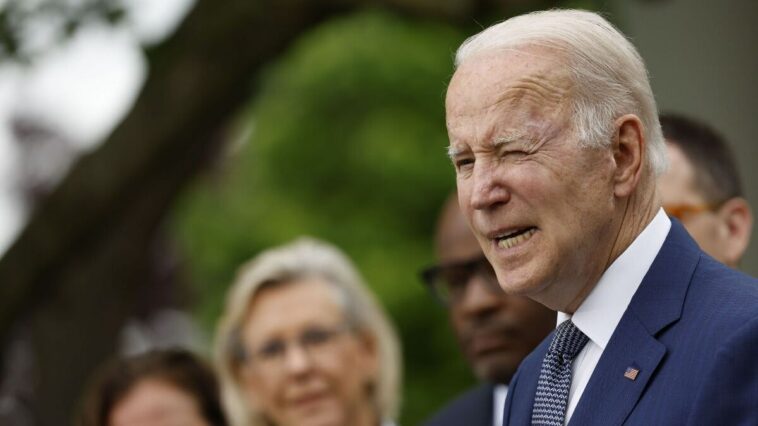 Outgoing White House Press Secretary Jen Psaki recently implied that the president’s new nickname for Republicans — some variation of MAGA, like “Ultra-MAGA” — was something that he created on his own accord. A new report from The Washington Post casts doubt on that claim as it revealed that the nickname was actually the result of a six-month research project conducted by a progressive group in Washington, D.C., as well as a public relations adviser who allegedly assisted convicted rapist Harvey Weinstein prior to his trial.

“Biden’s attempt to appropriate the ‘MAGA’ brand as a political attack was hardly accidental,” The Washington Post reported on Friday. “It arose from a six-month research project to find the best way to target Republicans, helmed by Biden adviser Anita Dunn and by the Center for American Progress Action Fund, a liberal group.”

Dunn worked for the Biden administration until August of last year. She was recently re-hired by the…

Back to Top
Close
X
Moscow-run state energy company says it will stop supplying Helsinki…HeadlinesDailymailRussia will suspend electricity supplies to Finland this weekend, a supplier said on Friday as tensions rise over Helsinki's NATO bid followi…