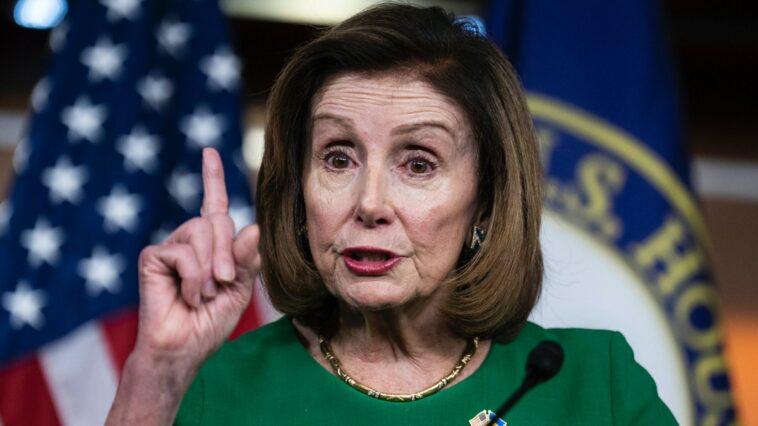 House Speaker Nancy Pelosi (D-CA) blamed the continued record surge in gas prices on “exploitation” by oil companies, and touted a bill that would essentially allow the president to control prices.

During her weekly press briefing, Pelosi touted a Democrat-backed bill called the “Consumer Fuel Price Gouging Prevention Act,” which would allow the president to declare an “energy emergency” giving him the ability to regulate prices by preventing fuel companies from selling their products at prices deemed to be “unconscionably excessive” and “exploiting” such an emergency.

“Next week on the floor of the House, we will have another piece of our lowering-costs-for-the-American-people legislation,” Pelosi said. “House Democrats, led by [Washington] Congresswoman [Kim] Schrier and [California] Congresswoman [Katie] Porter introduced the ‘Consumer Fuel Price Gouging Prevention Act.’ While families are struggling to pay higher prices at the pump, oil and gas…

Back to Top
Close
X
Emefiele in emergency meeting with Central Bank’s executives, top management staff over 2023 preside…HeadlinesSahara Reporters    Armed with the court papers, Emefiele gleefully took them to President Buhari a few hours after and stated that Nigerian…