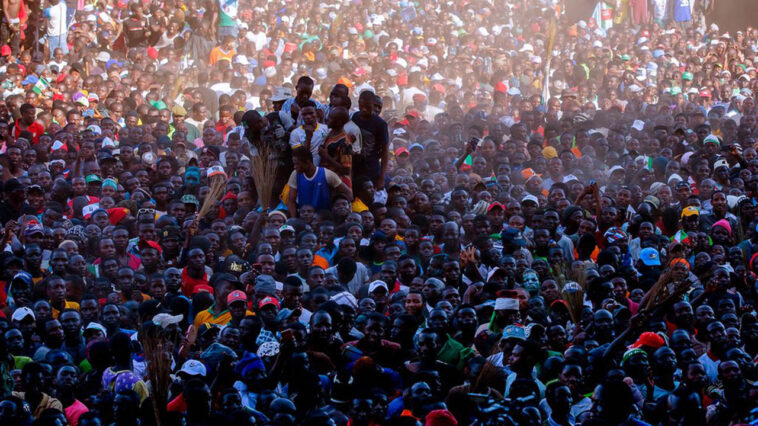 The 2023 general election season is now upon us. The politicians and their parties are working out the maths of winning or stealing or capturing power. The fate of our country in 2023 is in the hands of the party moguls. For good or ill, it is their bounden duty to decide what we make of our next general elections and the fate of the post-Buhari Nigeria.

We too are participants in the Nigeria project. This is the time for the rest of us to put our views across on what should be done to set our country back on the path of oneness. Politics, as the wag said, is too serious to be left to the politicians. The 2023 general elections present us with some peculiar but critical challenges, not the least of which is that the crass mismanagement of our diversities under the current dispensation has widened our traditional fault lines and opened some other fissures. This is the time to recognise them, appreciate them and factor them into the permutations for the locus of power at the centre in 2023.

The two major political parties, APC and PDP, are beset with internal problems. They find themselves entangled in the titanic battle of staunching their haemorrhage with minor or major desertion. The inability of the political parties to ideologically build themselves into strong parties able to drive through their policies and programmes, our national development is the bane of our democracy. Weak and unsteady political parties are grievous afflictions on all democracies.

The real question is not who but which section of the country, north and south, should produce the next president in 2023. The fortunes or the misfortunes of each party are more or less tied to its answer to the question. Perhaps, we should lend them a helping hand in the absence of a guiding principle through which the locus of power at the centre is determined at the regular election intervals.

In 1983, NPN mooted the idea of a rotational presidency between the north and the south. Its purpose was to ensure that politics being a game of numbers, relying on them alone would distance our national politics from equity, fairness, and justice. Its new formula was to be put to the test in 1987. It never was because only four years later, the generals returned from their brief political Siberia to service their political fortunes.

The NPN formula has since been renamed power shift. Different semantics, same primary purpose. It was the rallying cry by the south in Babangida’s transition to civil rule programme; the argument being that the north appeared bent on domiciling the presidency to the permanent disadvantage of the south, given the number of northerners who had held the levers of power since independence. It was no way to build the nation and unite the people, they verily argued. It was time, the south strenuously argued, for power to shift from the north to the south to make the latter an equal partner in the Nigeria project. That would be the right way to build the nation and unite the people.

Quite a bit of water has since passed under the River Niger Bridge down to the creeks. Either by accident or design, power has rotated between the north and south four times since 1999. It shifted from north to south in 1999, south to the north in 2007, north to the south in 2011, and south to the north in 2015. Should it not shift to the south in 2023? That it is still a debate must be disconcerting to those who think it is a viable formula for building a nation in which no one or section is denied his/its rights as citizens.

The late Head of State, General Sani Abacha, introduced the geo-political zoning system as the basis for managing our ethno-political and other interests. It is now the formula for sharing or allocating elective and appointive political offices at the centre. It has virtually become an important tradition in both the management and mismanagement of our diversities. Can we use this as the basis for inclusive governments in which every part has a chance to both hold and milk the cow?

It still rankles those who, while recognising zoning as necessary in other cases, appear allergic to using it as the basis for choosing a party’s presidential candidate on the grounds that it is not in the constitution. We are dealing with hypocritical sophistry here. Political parties are constitutional creations by tradition and that is why you find neither APC nor PDP in the constitution. By constitutional tradition they are the platforms on which people seek elective political offices.

It is the constitutional right of a political party to find ways and means of managing the affairs of a nation. That which it chooses to do does not become unconstitutional by reason of its not being in the constitution. Sophistry is a red herring across the path of serious and rational thinking on managing our nation and its myriads of diversities in a manner that makes Nigeria our Nigeria all of the time, not some of the time.

The south sees the north and its so-called greed for power as the nation’s main problem. As the debate on the locus of power at the centre heats up, copious evidence would be provided to show that the north has used its sheer number to dominate power in the country since independence to the discomfiture of the south.

This evidence cannot be rationally contested. So long as the south feels marginalised by the north, so long will government at the centre be seen as a patch work of ethno-religious interests masquerading as government of the people; so long as the south feels that it is not an equal partner with the north in the Nigeria project, so long will our country remain an atomistic nation in perpetual conflict with itself; and so long as our political leaders are given to the luxury of paying lip service to equity, justice and fairness without a serious commitment to those ideals in practice, so long will the simple formula for building a nation and uniting the people elude us.

It is time for the north to recognise that it has a moral duty to share and share power equally with the south. Political power is not essentially about merit. It is about what is right for a country at a particular point in time. Power shift is right for the country.

The north must let go in 2023. There are potentially great leaders in every part of the country. To recruit them, we must ventilate the system and end power hoarding.

To move forward, we must take two urgent steps. The first is for the parties to…

X
As passport issuance goes digitalOpinionThe GuardianThe Federal Government, through the Ministry of Interior deserves the support of all Nigerians in its bid to fully digitalise the processi…