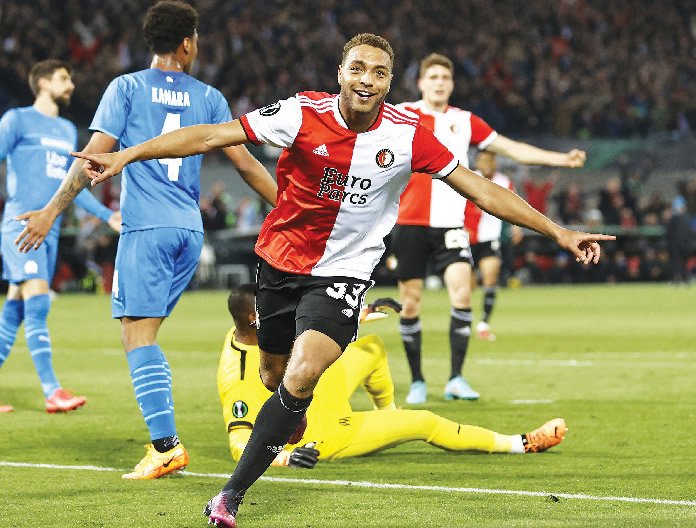 Cyriel Dessers has been named Feyenoord’s Player of The Month for April after his impressive performance for the club.

Dessers has been fantastic since his loan move from Genk this season and his selection comes as no big surprise, given the performance he put in last month.

The 27-year-old had an explosive April and was instrumental in Feyenoord’s qualification for the final of the maiden Europa Conference League and he is the competition’s top scorer with 10 goals.

In the month under review, the Nigeria international scored four goals and assisted two in seven games.

The striker who joined the Dutch side on a season-long loan deal from Genk has been a revelation for the club this season scoring 20 goals in 45 games across all competitions.

The Player of the Month award for April, which was announced on Friday, was the player’s third personal prize of the season.