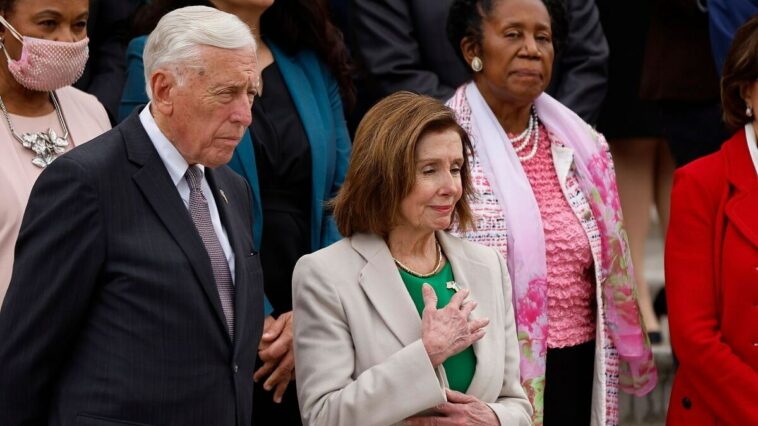 While discussing American energy production on Friday, Democratic House Majority Leader Steny Hoyer (D-MD) blasted Republican criticism of President Joe Biden’s handling of the gasoline crisis during what he said was a “time of war.” Hoyer claimed that Americans needed to focus on the “enemy” — Russia.

As pointed out by many pundits and Republicans, those were peculiar comments to make considering that the U.S. is not officially at war with Russia. Even if we were, disagreeing with the president would still be allowed.

“The Biden administration approved more drilling permits in 2021 than the Trump administration approved in the first three years they were in office,” Hoyer said on Friday from the House floor in response to Republican statements about Biden’s energy policies. He later added, “I don’t know how the [Republican leader] rationalizes his comments about Biden constricting petroleum production…”

“It is unfortunate that in a time of war, that we…

Back to Top
Close
X
If ex-minister succeeds me, it’ll be part of my legacies –Buhari…HeadlinesPunch Newspapers - Latest News The President, Major General Muhammadu Buhari (retd.), on Friday in Abuja, said a significant number of the outgoing me…

X
Working from home DOESN'T work, says PMHeadlinesDailymailWorking from home doesn't work, Boris Johnson declares today as he calls for a return to the office.In an exclusive interview with the Daily …