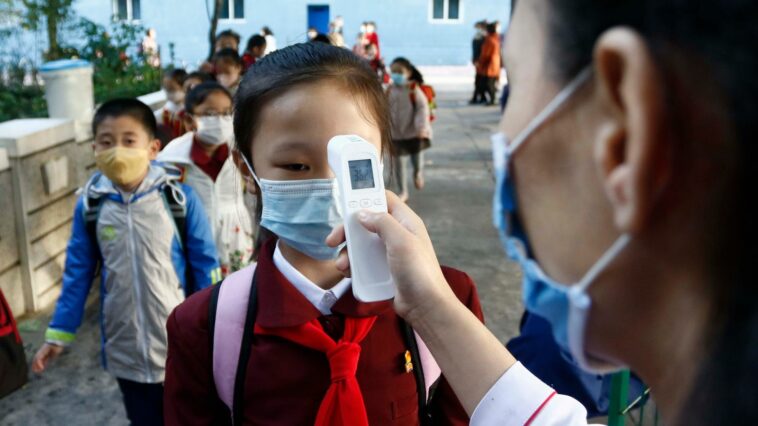 North Korean leader Kim Jong Un said “a great disaster” had fallen on his country after it was reported there had been 21 new deaths of “unidentified origins” from people with fevers.

The state news agency KCNA said about 280,810 people were being treated and 27 had died since a fever started to be reported in the country since late April.

It did not mention COVID-19.

On Thursday, North Korea did announce one death from coronavirus – and the country’s leader ordered a strict national lockdown.

Please use Chrome browser for a more accessible video player

KCNA quoted Mr Kim as saying the health crisis had been caused by the “incompetence and irresponsibility of party organisations in their anti-epidemic response.”

Efforts must be made to overcome the outbreak in the shortest possible period, KCNA quoted Mr Kim, adding “it is a great…

Back to Top
Close
X
Miyetti Allah leader, 7 others in court for alleged kidnapping in Plateau…Live NotesAIT LIVE The Plateau State Police Command has arraigned 8 suspects, before the Plateau State High Court including a Chairman of Mayetti Allah in Bassa…

X
Deborah Samuel: Every tweet has to get my approval, Atiku insists…Live NotesNews Archives - Vanguard News Former Vice President of Nigeria, Alhaji Abubakar Atiku, on Friday, said that every tweet on his official social media h…