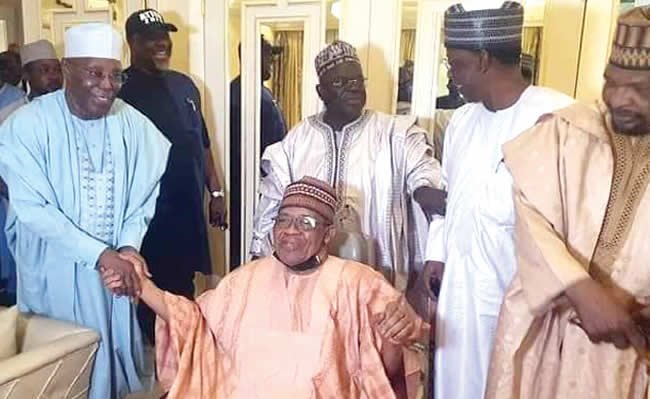 OLUWAFEMI MORGAN writes about the constant visits by politicians to the Niger State home of ex-military dictator, General Ibrahim Babangida, who frustrated the return to democracy in the country

Every election season, politicians troop to Minna, Niger State, en route the Hilltop Mansion of former military dictator, General Ibrahim Babangida, for what they describe as closed-door consultation. The visits, according to those who embark on them, are to boost their chances of clinching whatever political positions they are aspiring to, especially the Presidency.

The mansion of the gap-toothed self-styled “evil genius” has become a “political Mecca,” where the proverbial Achitophel shares strategic direction on the nation’s polity, while dovetailing into conversations on the finest wines and splendid dishes that wealth and power can afford. It seems that at Minna, decisions on the nation’s polity are made outside the realms of constituted democratic systems.

The events of General Babangida’s reign between 1985 and 1993, including the annulment of the free and fair 1993 presidential election that could have returned the nation to democratic rule early, seemed to have been erased from the memory of the self-centred politicians. Babangida, who gladly sabotaged democracy, cannot be said to be a democrat under any guise. His reign as a military dictator was characterised by attacks on civil rights, press freedom and other regular features of democratic rule.

Under his regime, billions of naira was spent to deceive Nigerians and the international community that he had plans to return the country to civilian rule. That was why in 1989, he formed and legalised a two-party system with the Social Democratic Party and the National Republican Convention. He also claimed that there would be general elections.

But Babangida, after banning and unbanning politicians, and causing several wilful disruptions of the political programmes he willingly proclaimed, allowed the unsuspecting National Electoral Commission to announce on  January 24, 1992 that election into the National Assembly and the presidential election would be held later the same year. Cleverly and with the mindset that the process would fail, he insisted on a voting process known as Option A4. It was a new way of choosing a leader, who must pass through adoption for all elective positions from the local government level to the state and the federal level.

To the surprise of the dictator, Nigerians voted without rancour. He was not satisfied. That was why he annulled the August 7 presidential primaries, which produced Shehu Yar’Adua as the SDP presidential candidate, and Adamu Ciroma as the NRC candidate.