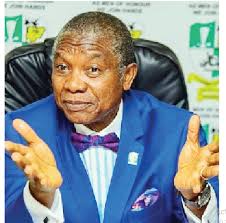 Ohuabunwa in a interaction with journalists, regretted that quality leadership is lacking in every sector of the country.

He noted that Nigeria as an oil producing nation is importing refined fuel, which he said has resulted in scarcity.

“Inflation is going up every day. Today we have 75 percent of Nigerians who are poor,” he stated, adding that such has rendered salary of civil servants worthless.

The aspirants said this has led to corruption and some of the civil servants looking for other ways to augment their take home pay.

He however, said the situation is not irredeemable but quickly remarked that it requires quality leadership.

“Let’s exploit our potentials in agriculture, minerals resources, etc to develop the country.

“It is sad that for example, despite the availability of fruits and other…