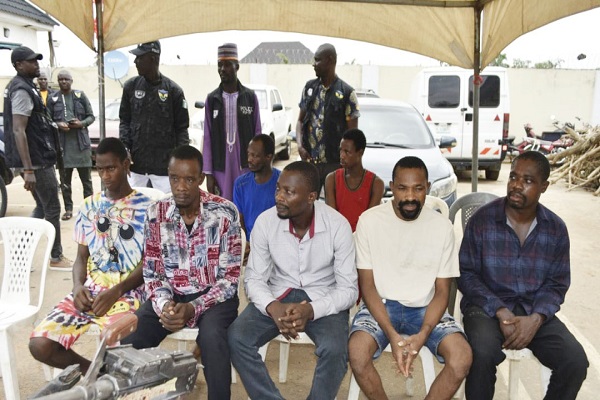 In one of the cases, the duo of Sani Usman aged 22 years, and Mohammed Tijjani aged 23 years, both from Pai Konkore, Gwagwalada, in the Federal Capital Territory were apprehended in connection with a case of kidnapping and armed robbery along the Abuja-Kaduna expressway.

Preliminary investigations revealed that the suspects were part of the bandit syndicate which carried out the attack on travellers at Rijana, along the Kaduna – Abuja expressway on Sunday, November 21, 2021 in which they gruesomely murdered an ex-Zamfara State gubernatorial aspirant and owner of Famak British Schools, Alhaji Sagir Hamidu, and kidnapped a nursing mother leaving her baby behind in a nearby bush.