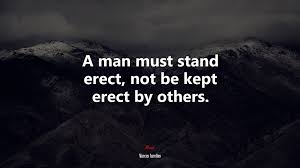 I haven’t left my house in days. I watch the news channels incessantly. All the news stories are about the election; all the commercials are Viagra and Cialis. Election, erection, election, erection! Either way we’re screwed! — Bette Midler

Erect penises can break. Since there aren’t bones in a penis, a “broken” penis is when the blood vessels burst, which causes painful swelling. One-third of penile fractures occur when a sexual partner is on top.

On this day in 1948—just before the expiry of the British mandate in Palestine—David Ben-Gurion and the Jewish People’s Council proclaimed the establishment of the State of Israel, precipitating the first Arab-Israeli war.

1939 Five-year-old Peruvian girl Lina Marcela Medina de Jurado became the youngest mother in history when she gave birth on May 14, 1939.

When examined by doctors because of her growing abdomen, they initially feared she had a tumour.

But six weeks later she gave birth by caesarean section.

Her son Geraldo spent most of his childhood believing Lina was his sister.

The father was never identified, with the now-88-year-old never giving a precise answer.

Her own father was arrested on suspicion of child sexual abuse but released due to lack of evidence.

Her first son grew up healthy but died of bone marrow disease at age 40.

Back to Top
Close
X
Thought, Fact & History: 9 May 2022Thought of the DayThought of the day Divine Love fills every avenue, flows through every channel, and removes every obstruction. Fact of the day Charles Darwin was the …