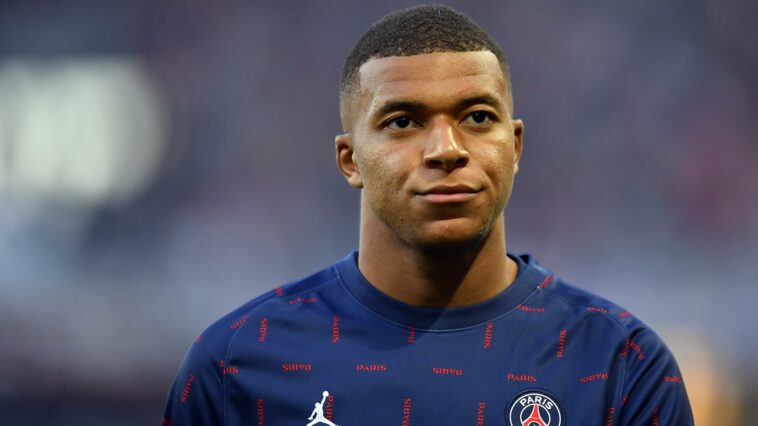 Real Madrid are “more confident than ever” they can set out a deal to secure France and Paris St-Germain forward Kylian Mbappe, but the 23-year-old has yet to decide where his future lies. (Fabrizio Romano)

Barcelona are not interested in Antoine Griezmann, 31, returning to the club if Atletico Madrid decide not to keep the on-loan France forward. Barca’s number one target is Bayern Munich and Poland striker Robert Lewandowski. (Cuatro – in Spanish)

However, Bayern Munich president Herbert Hainer says Lewandowski has a contract with the Bundesliga champions until June 2023 – and the 33-year-old “will fulfil it”. (Sport Buzzer – in German)

Chelsea have reached an initial agreement to sign Croatia winger Ivan Perisic, 33, on a free transfer from Inter Milan. (Mediaset, via Metro)

Barcelona and Netherlands midfielder Frenkie de Jong, 25, looks set to reject a move to Manchester United, as incoming boss Erik ten Hag intends to get tough on those players who want to leave Old Trafford this summer. (Star)

England midfielder Jude Bellingham, 18, has addressed transfer speculation linking him with a move to either Manchester United or Liverpool by confirming he will be playing for Borussia Dortmund next season. (Mirror)

Chelsea and Belgium striker Romelu Lukaku, 29, says he will “never let someone speak for me” after his agent Federico Pastorello made comments to an Italian newspaper about a possible move back to Italy. (Star)

The agent of Juventus and Argentina forward Paulo Dybala, 28, has reportedly been in London to look over offers from Premier League clubs, including Arsenal. (Calciomercato via Football Italia)

West Ham are ready to drop their interest in Burnley’s English centre-back James Tarkowski, 29, as they expect him to join Newcastle this summer. (Mirror)

Back to Top
Close
X
History bid or Wembley revenge – what's at stake in FA Cup final?…SoccerBBCChelsea and Liverpool line up in the 141st FA Cup final at Wembley on Saturday (16:45 BST) - a match you can watch live on BBC One.Liverpool, who b…