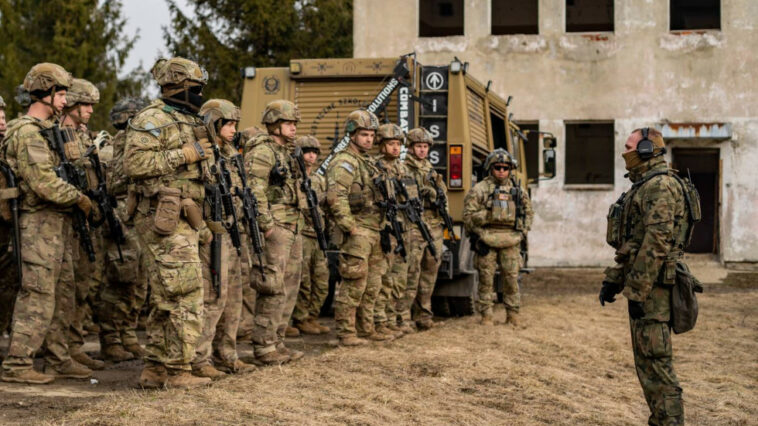 The United States will send more than 10,000 soldiers to Europe, who are expected to replace forces deployed to the region following Russia’s attack on Ukraine, many positioned along the “eastern flank” of the NATO military bloc.

Pentagon spokesman John Kirby confirmed the deployment during a Friday press conference, noting that the “security environment has now changed” in the region due to the conflict in Ukraine.

“The deployments are one-for-one unit replacements, which will leave our overall force posture in the region – approximately 100,000 – unchanged,” Kirby told reporters. “The units being replaced will return to their home station following an appropriate turnover of responsibilities.”

Troop turnovers are expected to continue throughout the summer, the spokesman continued. However, he added that the military could soon…

US sending fresh troops to Europe

X
Real reasons behind mad rush for APC presidential race…More RifsBarring any last minute change, the ruling All Progressives Congress (APC) will announce its presidential candidate for the 2023 general polls on June…