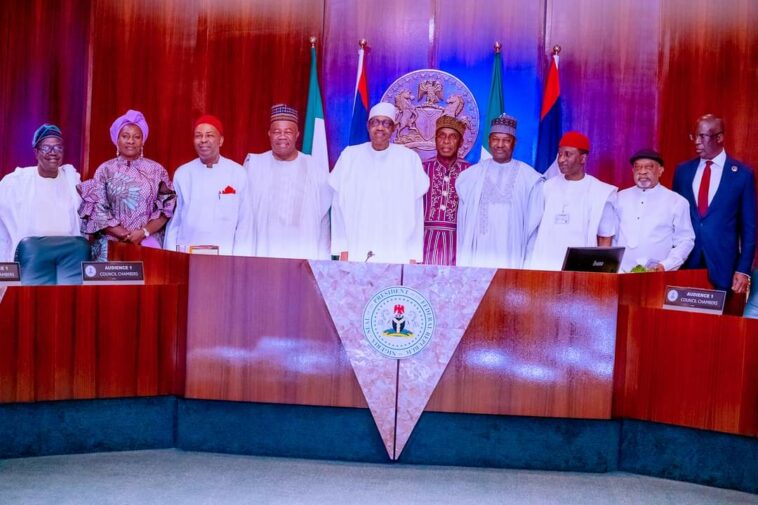 On Friday, the Buhari administration organised a valedictory session for 10 of its ministers who are quitting their positions to pursue their political ambition.

Three of the ministers have already tendered their resignation letters.

Mr Nwajiuba was not in attendance.

Although, he attended the valedictory session, the Minister of Labour and Employment,…

Back to Top
Close
X
Tucker: This is the cause of the baby formula crisis…HeadlinesAt a press conference back on March 24th of this year, Joe Biden announced that thanks to the regime change war he’s decided to voluntarily wage in Ea…

What to know about Buhari’s ministers resigning to contest elections

X
If ex-minister succeeds me, it’ll be part of my legacies –Buhari…HeadlinesPunch Newspapers - Latest News The President, Major General Muhammadu Buhari (retd.), on Friday in Abuja, said a significant number of the outgoing me…