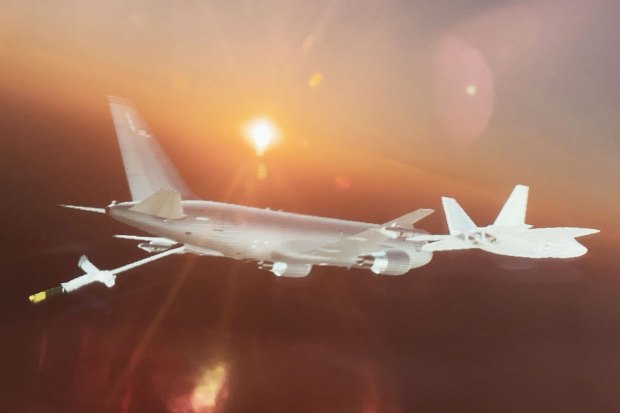 It has been in the making for years now.

While retail giants, financial institutions, and tech companies look forward to being part of the internet revolution called the metaverse, the U.S. military has already been working to build its own version of this digital world, Wired reported.

When one talks about the metaverse, it usually paints a picture in their mind where people meet and greet in a digital world as Mark Zuckerberg wants us to. By declaring his intent to create this digital realm, Zuckerberg managed to grab global attention away from his social media company and got scores of other companies interested in this brand new world.

Is it a brand new world, though?

Businesses big and small have rushed to be a part of the metaverse, snapping up virtual plots of land for millions of dollars. But looking beyond the glitter of new terminologies, one finds that the building blocks of this new world are not that new. The augmented and virtual reality environments, the displays on headsets, and three-dimensional simulations have been around for quite some time in the military setup.

For the last decade, virtual reality has been an integral part of pilot and sailor training in the U.S. military. With each piece of military equipment costing millions of dollars, defense forces have always relied on simulated environments to train their personnel. The technology also allows the users to test the equipment to their absolute limits and work endlessly to improve human skills.

While using VR to prepare its personnel for the cut-throat world of the battlefield, Army hospitals such as one in Tampa have used the technology to help veterans get away from the horrors of war and combat post-traumatic stress.

Defense contractor Boeing uses augmented reality (AR) to train its mechanics for hours before they touch a naval plane for general maintenance purposes, while the U.S. Army signed a nearly $22 million deal with Microsoft for the delivery of over 120,000 headsets based on its HoloLens technology much before Facebook became Meta.

That the U.S. military has remained on top of the metaverse game is evident in its new projects that use artificial intelligence assistants, which will offer soldiers advice via sound, speech, and graphics based on their location and actions.

Fighter pilots are being upskilled by pitting them against A.I. top guns that have used the process of trial and error to master the skill of outgunning and outmaneuvering every human pilot, Wired said in its report.

For those looking for a Zuckerberg vision of the metaverse, in December last year, the Air Force conducted a high-level meeting in a virtual environment that had over 250 people join in from various outposts in the world.

The U.S. military does not have to contract out its metaverse to a Meta or a Microsoft. Its metaverse is built by the sum of its parts and is already operational much more than we know.

Back to Top
Close
X
The US military is building its own MetaverseMetaverseDefense tech companies have latched on to the metaverse hype—but what they’re building will be a far cry from Meta’s virtual world. ON MAY 10, two fig…

X
Serious crime in the metaverse should be outlawed by the U.N., UAE minister says…MetaverseBy Sam SheadNew laws should be created to prevent people from committing crimes such as “murder” in the metaverse, according to the United Arab Emirat…