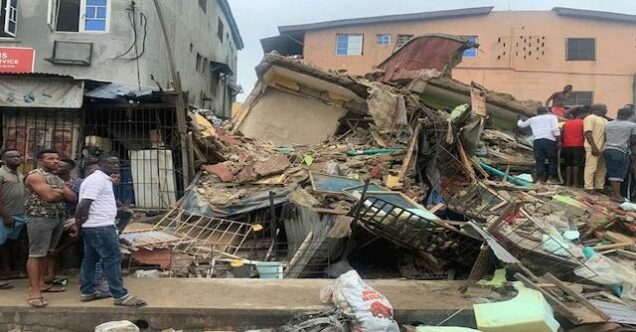 Five persons have been rescued alive from the collapsed building in the Onike area of Lagos on Saturday, while four dead bodies were recovered.

Farinloye said that further investigation from the incident showed that the collapsed building under construction was located within a compound and it was a frame structure at the time of the incident.

He said that the third suspended slab concrete was already in place with an ongoing internal partition.

“The building crumbled during a downpour at about 1:45 p.m. Saturday.

According to the NEMA boss, Alayaki Lane where the building is located contains a cluster of buildings and the rescue operation is being hampered by the lack of space.

He, however, assured the people that the emergency responders were working hard to…

Back to Top
Close
X
Mbappe rejects Real Madrid and will renew with PSG!…FeaturedMarcaThe Kylian Mbappe saga is about to end once and for all, as he is set to sign a new deal at Paris-Saint Germain that will see…