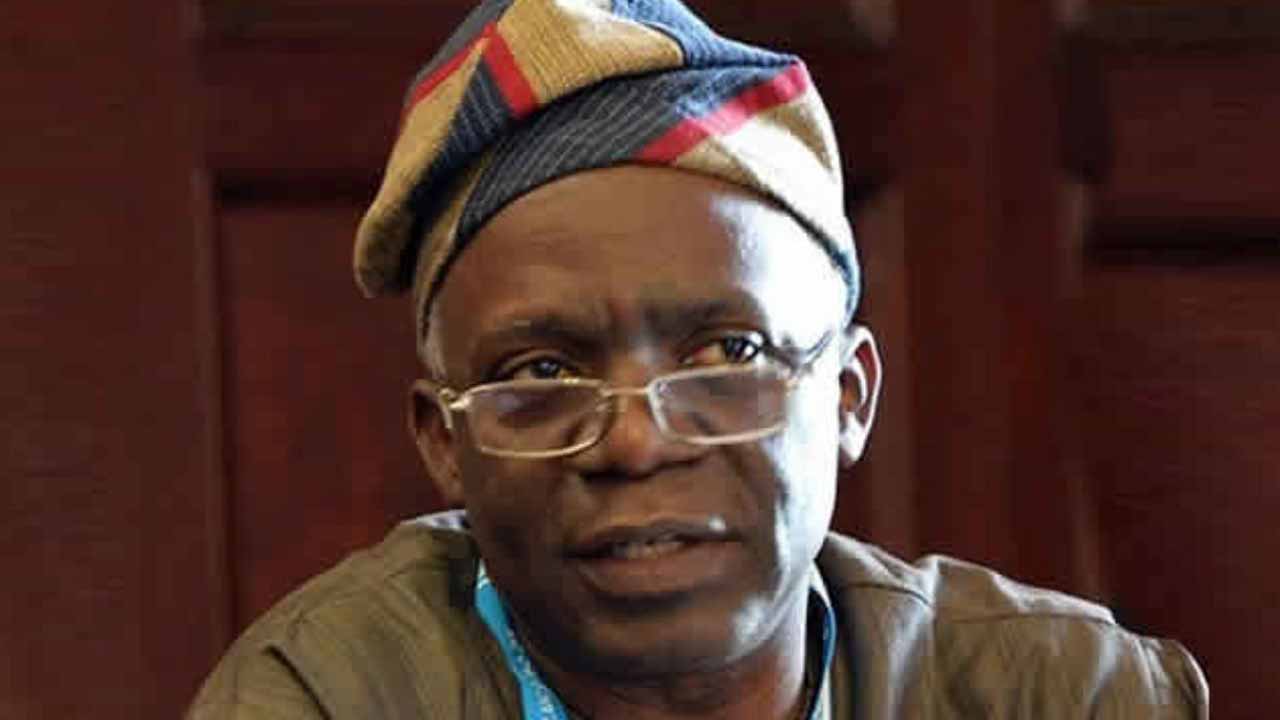 • Like presidential candidates, VP nominees can only withdraw from the race voluntarily
• Suggestion that a VP candidate can be substituted at will is erroneous, position elective, not appointive
• 2010 Electoral Act where political parties could substitute candidates repealed in 2022 amended Act

Senior lawyers, yesterday, weighed in on the concept of ‘placeholder’ for vice presidential candidates and backed the Independent National Electoral Commission (INEC) in insisting that there is no place in the regulations for an interim holder.

In the last few days, the new phenomenon of proxy or interim running mate crept into the electoral process, when the All Progressives Congress (APC), Labour Party (LP) and the New Nigerian Peoples Party (NNPP) is forwarded the names of their presidential candidates, listed their running mates as ‘placeholder’.

But speaking on the development, INEC’s Commissioner for Information and Voter Education, Festus Okoye, had said the “placeholder is a unique Nigerian invention” for which the Commission’s law has no provision.

“As far as we are concerned, there’s no form submitted by the presidential candidate where they said ‘we’re submitting this person’s name as a place or space holder. The issue of space or placeholder is a unique Nigerian invention that has no place in our constitutional and legal framework.

In a chat with The Guardian, yesterday, Femi Falana (SAN) reiterated INEC’s position, stating: “There is nothing like a placeholder in our laws. They have submitted names and that is it. All they can say is that those people may withdraw later, but there is no provision for placeholders in our laws.

“The constitution recognises the fact that when you are submitting the name of your running mate, there is no primary for it. There is no primary for the office of the vice president or the deputy governor. So, the person nominated by the presidential candidate can withdraw at any time. Even a presidential candidate himself can withdraw. There is no fixation about it. Some of the things being said by some lawyers are rubbish.”

Another senior lawyer, professor of Comparative Constitutional Law and Governance at the National Institute for Legislative and Democratic Studies, Abuja, Edoba Omoregie (SAN), said: “There’s no portion of the Electoral Act 2022 that clearly provides for the use of a placeholder, proxy or interim running mate in the nomination process or in submitting the name of the candidate of a political party in presidential or gubernatorial elections.

“However, as a general rule, what the law does not prohibit is permissible. The Electoral Act doesn’t prohibit the interim arrangement of placeholder. It’s noteworthy that by the said interim arrangement, the individual whose name is put forward is expected to ‘step aside’ in due course.

“By section 31 of the Electoral Act, a candidate may withdraw his nomination by a written communication under his own hands. The withdrawal must be communicated to INEC not later than 90 days to the election. The Electoral Act appears not to specifically provide opportunity for withdrawal by a running mate, and invariably for substitution of a running mate after submission of the name.

“Nonetheless, my view is that since the candidate and running mate are running on the same ticket by virtue of the constitutional provisions that require both a presidential and governorship nominee to submit running mates along with their nomination forms, whatever applies to a candidate must be interpreted as applicable to the running mate. Consequently, I believe a running mate may actually be able to withdraw his nomination as a running mate by communicating to the sponsoring political party, which shall in turn communicate to INEC of the withdrawal.

“Section 33 of the Electoral Act permits a political party to substitute its candidate if the candidate withdraws or upon the death of the candidate. However, if the substitution is based on withdrawal by the candidate, the party is required to conduct a fresh primary for nomination of another candidate within 14 days of the withdrawal. There’s no similar provision in the Electoral Act with regard to substitution of a running mate who withdraws. No primary is required to be conducted to pick a running mate. There lies the dilemma!”

For Prof Sam Erugo (SAN), the placeholder expression has no precise legal or technical meaning under Nigerian electoral law. “In politics, placeholder is not a popular jargon in our political trajectory, that is not to say in our political history we have not had cases of parties substituting already nominated candidates, including, running mates of candidates, for permitted reasons.

“What appears to be novel or noteworthy is the current use of placeholder to represent a non-contender positioned as stand-in or surrogate nominee to temporarily satisfy the requirement of the electoral law as to timelines, but with expressed intention to subsequently substitute the nominees.

“The agitation or excitement over this newfound phenomenon in the form of stand-in or surrogate nominees is related to the unrestrained or rampant use of the model in the present political contestation. This essentially suggests intrigues, disorder or confusion on the part of the political parties in the selection of candidates leading to ingenious stratagems to circumvent the law.

“While the placeholder practice is probably not sanctioned, it appears not to be in the spirit of the regulatory framework of elections in Nigeria, regards being had to extant provisions of the Electoral Act 2022.”

Dr. Abdulfatai Sambo, an associate Professor of Law at the University of Ilorin, said, “Section 29(1) of the Electoral Act provides that every political party shall, not later than 180 days before the date appointed for a general election under this Act, submit to INEC in the prescribed forms the list of the candidates the party proposes to sponsor at the elections. The 180-day requirement is sacrosanct and cannot be violated without consequences.

“However, Section 31 creates a rider by permitting a candidate (President or VP as in this case) to withdraw his or her candidature by notice in writing signed by him and delivered personally by the candidate to the political party that nominated him for the election and the political party shall convey such withdrawal to the Commission not later than 90 days to the election.”

According to the associate professor, by Section 33, a political party shall not be allowed to change or substitute its candidate whose name has been submitted under Section 29 of the Act, except in the case of death or withdrawal by the candidate, stating effectively that the nomenclature of ‘placeholder’ is not recognised by the law.

“Nonetheless, it cannot be said to be illegal. The nominee remains a valid candidate until he/she decides to voluntarily withdraw from the race. I am quite sure that a smart political party that wants to use a placeholder would have asked the nominee/place holder to sign his withdrawal letter even before nomination to avoid any confusion as a result of change of mind.”

An Abuja-based lawyer, Okueyegbe Maliki, also said there is nothing in law like a ‘placeholder’ or dummy running mate in Nigeria law. He explained that in the view of Section 142 of the Constitution, the deputy also becomes a candidate for the election.

Prof Akin Oyebode also noted that placeholders are unknown to Nigerian law and are “an artifice of unscrupulous and indecisive politicians who want to have their cake and still eat it.”

A Lagos-based lawyer, Inibehe Effiong, said the novel concept of a ‘placeholder’ that some presidential candidates are resorting to is unknown to the Nigerian Constitution and the Electoral Act.

“By Section 33 of the said Act, a political party shall not be allowed to change or substitute its candidate except by reason of death or withdrawal by the candidate. Section 31 requires a candidate seeking to withdraw to do so in writing and must deliver the withdrawal letter personally to the party.

“Where a candidate has properly withdrawn in accordance with the law, the political party is required to inform the INEC within 14 days and also conduct fresh primary election to produce a fresh candidate and submit the name to INEC.

“The suggestion that a vice presidential candidate can be substituted at will or randomly is erroneous. The position of Vice President is elective, not appointive. As the Supreme Court correctly stated in Attorney General of the Federation V. Atiku Abubakar (2007) 10 NWLR (Pt. 1041) 1, a Vice President is the Vice President of the country; not of the political party under which he was elected.

“It should also be noted that by Section 142 of the Constitution of the Federal Republic of Nigeria, 1999 (as amended), a person cannot be validly elected as President except he nominates another candidate as his associate from the same political party to run with him to occupy the office of Vice President if they’re elected. In summary, a vice presidential candidate is a candidate. See the case of James Abiodun Faleke V. INEC & Anor (2016).

This article originally appeared in Guardian

2023: No place for placeholder, Falana, senior lawyers back INEC