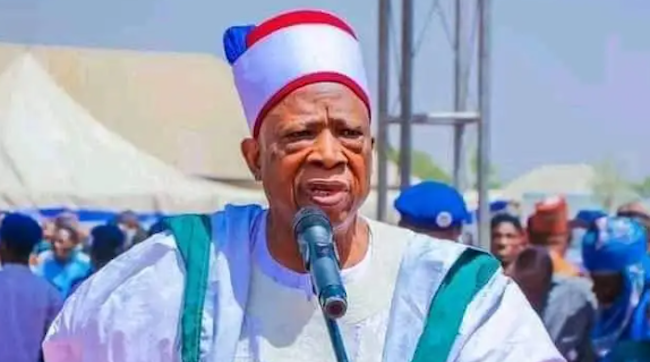 The National Chairman of the All Progressives Congress (APC), Abdullahi Adamu, on Wednesday decried the loss of some lawmakers elected on the party’s platform to opposition parties in the last few days.

At least four senators including a former Senate Majority Leader, Yahaya Abdullahi, had dumped the ruling party for the Peoples Democratic Party (PDP) and the New Nigeria Peoples Party (NNPP) in the last two weeks.

Adamu, who fielded questions from the Senate Press Corps after a closed-door meeting with the APC Senate caucus in Abuja, said the defections of the party members, though painful, were normal in a democracy, especially during election periods.

He said: “The wave of Senators leaving APC for elsewhere is an unfortunate development when it happens, but this is a season for all manner of behaviours in the political space in the country and Nigeria is not an exception.

Back to Top
Close
X
ANALYSIS: 2023: What fate awaits APC candidate Bola Tinubu in Northern Nigerian states…Political LandscapeThe northern region is the stronghold of the ruling APC, as it governs 14 of its 19 states. But this is the first time the party is presenting a south…

APC chairman, Adamu expresses concern over defection of key members to PDP, others