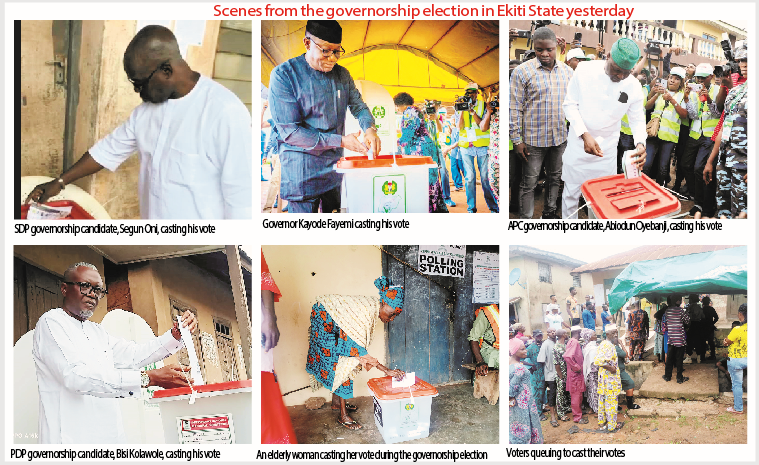 Addressing a press conference in Abuja, yesterday, IPAC national chairman, Yabagi Yusuf Sani, said the election was characterised by brazen and outrageous vote buying, sundry electoral malpractices and voter apathy thereby putting in into question the legality of the process leading to declaration of Biodun Oyebanji, the candidate of the ruling All Progressives Congress (APC) as the winner.

Sani said IPAC is deeply saddened and worried of the ugly high incidence of vote trading between electorate and political actors in open connivance with some security agents saddled with the responsibility of arresting electoral offenders and their sponsors and also prosecuting offenders to serve as a deterrent to others who would contemplate such heinous crimes against the fatherland.

He added that it is obvious that the voters who…

Back to Top
Close
X
Voting Peter Obi is like throwing our votes away—Ekweremadu…Political LandscapePolitics Former Deputy Senate President, Ike Ekweremadu, has said people in the South-East will not vote for Peter Obi, presidential candidate of the …

X
2023: No place for placeholder, Falana, senior lawyers back INEC…Political Landscape• Like presidential candidates, VP nominees can only withdraw from the race voluntarily • Suggestion that a VP candidate can be substituted at will is…