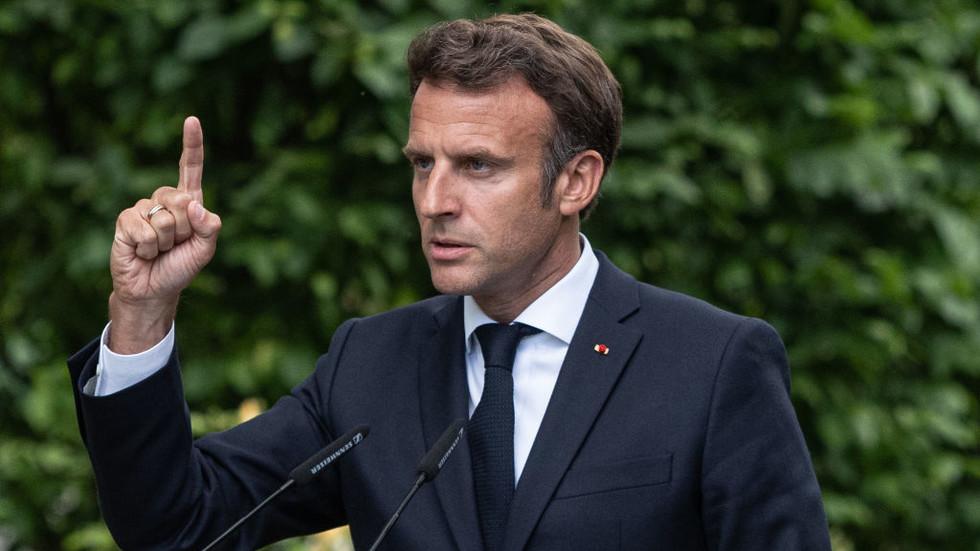 Granting Ukraine and Moldova the status of candidate for EU membership is a “political gesture” that sends a “strong signal” to Russia, French President Emmanuel Macron said on Thursday. Even as Kiev and Chisinau celebrated, other EU leaders warned that the status was largely symbolic, with years of reforms and negotiations before actual membership would be in the cards.

The EU’s recognition of the “European perspective of Ukraine, Moldova and Georgia is a strong signal towards Russia in the current geopolitical context,” Macron said at a press conference in Brussels. Granting candidate status to Ukraine and Moldova sends “a very strong message,” he added.

“We owe this to the Ukrainian people. They’re fighting for our values,” Macron said. “From day one of this conflict Europe has been reacting in a quick, historic and united…

Macron comments on ‘strong signal’ from EU to Russia

X
Boris Johnson braces for a by-election battering as defiant PM insists he won…More RifsArticles | Mail Online A bullish Boris Johnson tonight insisted he will not quit whatever the result in crunch by-elections in Yorkshire and Devon, as…